Why Are Credit Card Bills So Incomprehensible? 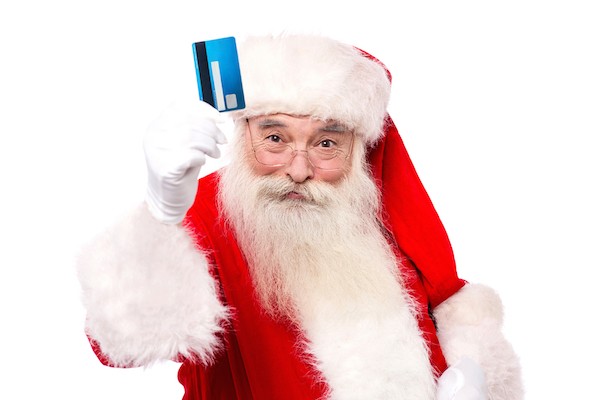 As we head into the holidays, chances are you’ll be using your credit card a lot more than normal. Americans love their plastic—but not the monthly bills that come with.

The most important thing to figure out from a credit card bill is how much you should be sending in payment. You should always try to pay the full bill, but if you can’t, you’re probably going to have trouble figuring out the optimal amount to pay.

On a recent day, I ripped open my bill to find that I had a balance of $2,061. Apparently, a few dinners out, too many trips to my favorite café, and some basic home expenses added up quickly. The credit card statement gave the following scenario: If you make no additional charges using this card and each month you pay the minimum of $25, you’ll pay off the balance shown on this statement in about 11 years. It added that, with this plan, I’d be paying an estimated $3,723 over those 11 years because of the interest. A second scenario specified the monthly amount needed to pay off the balance in three years ($71), as well as an estimated total payment over those years of $2,548. The statement then described this second scenario as bringing a “savings” of $1,175.

Huh? How is a reasonable, responsible person supposed to figure out what to do here? Even I found this information confusing, and I’m a professor of marketing.

It’s more important than ever to help consumers manage their credit card bills. Credit card ownership has jumped over the last three decades. Some estimates say that over 119 million American households owe money on credit cards, with the amount of debt rising over the past five years to average $7,327 per household. There are reasons for these trends, and some are positive. Cards allow people to purchase things they might not have money for right now, but will have soon. Americans like buying things and the economy likes having a smoother pattern of consumption. But credit cards don’t grow your pot of money at the end of the month, and individuals are not that good at only spending what they’ve got in their bank accounts.

Credit card companies aren’t super-motivated to make the best payment amounts clear to you. While they don’t want you to avoid paying entirely, they make their money when you rack up late fees or incur interest on balances.

The Credit Card Accountability, Responsibility, and Disclosure Act, signed into law in 2009, was supposed to help consumers by establishing “fair and transparent practices related to the extension of credit.” Among many things, the act mandated that credit card companies give consumers enough notice to pay their bills (21 days), stop retroactive increases on interest rates, and limit marketing to entice young people into signing up for cards.

On the assumption that more information helps consumers make better decisions, the act also mandated that billing statements tell you—in addition to your total balance—how long it would take to pay off the bill if you only paid the minimum amount, how much you’d end up paying total in that minimal scenario, what amount would help you pay off the bill in three years, and how much total you’d pay in the three-year scenario. This extra “three-year” scenario is only shown when the amount needed to pay off the balance in three years is more than the minimum amount. Why three years? It’s not entirely clear, but that seemed like a helpful guideline to the legislators.

A colleague, Neal J. Roese at Northwestern University, and I decided to analyze whether the newly disclosed payment calculations were helping people act responsibly—that is, pay more of their bills. We set up a series of experiments that examined how people responded to different hypothetical payment scenarios on a credit card bill.

In the first part of our experiment, we tried to figure out which language was most problematic. For some volunteers, we told them only the monthly balance and minimum payment amount; for others, we gave them the monthly balance, minimum payment amount, and the projected total they’d pay if they only paid the minimum; for still others, we gave them the minimum and the three-year payment scenarios. In some cases, we omitted the “savings” figure.

In all of those variations, we found that people paid the most if they only knew the monthly balance or the minimum amount. Suggesting how much they could pay to clear the bill in three years—as mandated in the new law—actually lowered the amount they’d pay. (We also found out that the language about “savings” didn’t change the decision-making.) In one experiment on a $1,988 bill, for example, those who saw the minimum payment and total balance paid an average of over $657, compared to $203 by those who saw the minimum and three-year scenarios.

It appeared to us that these additional choices mandated by the Credit CARD Act actually harmed decision-making. People saw the three-year amount as the most reasonable and gravitated toward it. Sure, the three-year amount put you in better fiscal shape than the minimum, but it wasn’t really the best option, especially when others in the survey paid higher amounts if they didn’t see the three-year number.

This was not what the Credit CARD Act was supposed to do. So, was there an easy way to tweak the new mandate?

We found that if we gave people just a little more information to widen their perspective on how much they could pay, we got better outcomes. When we added the line, “You can pay any amount between $0 and $1,988,” we got the highest remittances of all (this is for the $1,988 total bill). People who were told the payment range in addition to the two scenarios paid $890, compared to $196 for those who only saw the two scenarios.

It was remarkable to us that such a simple statement could shake people out of assuming the three-year number was most appropriate—and get people to make better financial choices.

We’re being asked to make more and more of our own financial decisions today. Pensions are becoming a relic, for example, as employers offer retirement plans that ask us to figure out how much we want to sock away and whether we want to invest that 401k contribution in a real estate fund or small-cap equities. And the range of choices for investments gets more and more complicated—how does an average investor really know what’s really in a derivative, for example?

Meanwhile, people are trying to hold down jobs, pay rent, and take care of kids. It’s hard to make your brain do the math to figure out compound interest and consider the harm you’re doing to your bank account down the road. A little useful help with our credit card bills could go a long way.

Hal Hershfield is an assistant professor of marketing at the UCLA Anderson School of Management. His research focuses on ways that we can help consumers make better long-term choices.