After a Stomach-Churning Year, Feed Your Head With Zócalo’s 10 Favorite Reads of 2016 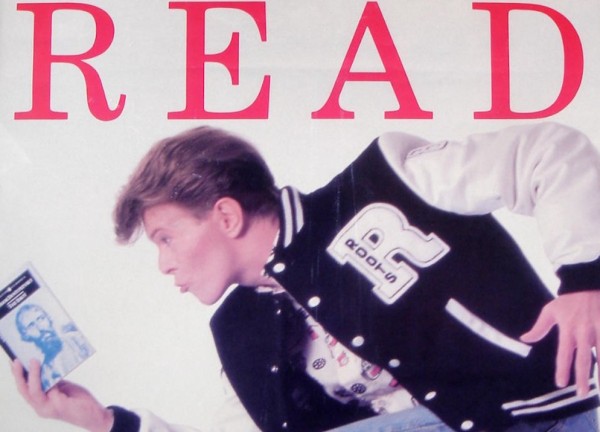 Looking back over the last 12 months, many see a year of horrors—from political turmoil to mass shootings in Orlando and Dallas to the deaths of pop culture giants David Bowie and Prince. But 2016 was also a year that delivered a bounty of great nonfiction, some the best of which we at Zócalo have compiled here, in our annual list of 10 favorite books. The works we love this year explore the worlds of the smallest microbes, the weirdest sea creatures, and the grandest trees; plumb the internal lives of slaves and parents, CEOs, and First Ladies; question the very basis of sacred institutions such as democracies and war memorials; and, just for kicks, alight on the places where we perch. Find your favorite chair, and enjoy.

Jason Brennan’s Against Democracy seems scarily prescient today. Writing well before the twin shocks of the Brexit and the U.S. elections, the Georgetown political scientist makes a powerful case that popular democracy can be dangerous—and, provocatively, that irrational and incompetent voters should be excluded from democratic decision-making. The case for elitism in governance never read so well.

Mei Fong’s One Child: The Story of China’s Most Radical Experiment digs into the history and politics of China’s famous one-child policy, digging into the social, economic and personal ramifications of limiting family size writ large. What makes it truly fascinating, however, is Fong’s attempt to address bigger questions. What does it mean to be a parent? What happens when the state puts limits on that most human desire? Fong released a Mandarin translation of the book too, which, because of censorship in China, she decided to circulate for free.

Ed Yong’s I Contain Multitudes: The Microbes Within Us takes the reader on a friendly romp through microbiology—a seemingly unlikely journey. Yong, who has an advanced degree in biology and writes about science for The Atlantic, tags along to a zoo with one researcher as he samples microbes from a pangolin. Later, he sits beside another microbiologist on a London park bench, as her son draws pictures of cells. It’s a trip into one of the most important scientific revolutions of the last decade: scholars’ new understanding of and appreciation for the microbiome, the vast universe of microbes that live within and around us, and which may be as important to our biology as our own cells.

Sean Kelley’s The Voyage of the Slave Ship Hare performs a feat of historical forensics, unearthing unconventional and hard-to-find records in an attempt to individualize and re-humanize a group of Africans who were taken from Sierra Leone and delivered into slavery in South Carolina during 1754 and 1755. Kelley tells the story of their voyage on the Hare and recovers their identities as people, not just slaves. His work is now being incorporated into a larger digital database of similar efforts.

Witold Rybczynski’s Now I Sit Me Down is a book about chairs that’s so good it’ll be hard for you to stay seated: you’ll want to stand up and shout about the surprising details it offers. Chair sitting originated in China, it turns out, while pharaohs first thought of the folding stool. (A reasonable alternate title might have been Everything You Wanted to Know About Chairs But Were Afraid to Ask.) Rybczynski has created an interdisciplinary masterpiece, connecting the seated experience to art, design, engineering, social history, geography, religion, and war. Whether you’re a chaise longue or a Barcalounger kind of person, you’ll love it.

Peter Wohlleben’s The Hidden Life of Trees, an unlikely bestseller when it was published in Germany in 2015, gives voice to Earth’s most majestic flora. Wohlleben, a former forester, writes that trees form their own communities and friendships, talk to one another, even protect one another—and he asserts that we humans must do a better job of understanding them and protecting them in turn. Wohlleben’s knowledge of trees is both authoritative and whimsical, but always deeply underpinned with urgency. His book was released in English translation this fall.

Viet Thanh Nguyen’s Nothing Ever Dies: Vietnam and the Memory of War is a meditation on wars everywhere: Is there an ethical way for winners and losers to remember–and in some cases, forget—brutal conflict? Taking the reader on a journey from the war cemeteries of Vietnam to Maya Lin’s Vietnam Veterans Memorial Wall in Washington D.C. and beyond, novelist and USC professor Nguyen, born in wartime Vietnam but emigrated to California as a child, examines how the arts (including visual arts, literature, and film) impact and enrich our memories of war. A finalist for the National Book Award for Nonfiction for 2016, the book complements Nguyen’s novel The Sympathizer, winner of the Pulitzer Prize for fiction this year.

Louisa Thomas’s Louisa: The Extraordinary Life of Mrs. Adams reminds us that Melania Trump won’t be the only First Lady born in a foreign land; she’ll share the distinction with Louisa Adams, the wife of president John Quincy Adams. Born in London in 1775, and 26 years old when she first arrived in the U.S., Adams participated actively in her husband’s political career, writing extensively about her public and private lives. Thomas mines Adams’ work to reveal the 6th First Lady’s interior world, including her struggles with her identity as an American woman.

Phil Knight’s Shoe Dog, a new memoir, recounts how the legendary Nike creator borrowed $50 from his father to strike out on his own and sell shoes—and how his vision evolved over 50 years into one of the most recognizable brands in the world. Personal, candid, accessible, and entirely devoid of jargon, the book could—indeed, should—be a huge influence on business memoirs in the future.

Peter Godfrey-Smith’s Other Minds: The Octopus, The Sea and the Deep Origins of Consciousness combines the author’s uncanny underwater experiences interacting with octopi, squid and cuttlefish near Australia with some heady (or perhaps limb-y) thoughts about brains and consciousness. A philosopher of science, Godfrey-Smith ponders the significance of creatures whose neural systems lie not only in their heads, but also in their appendages. These beasts think, at some level, with their arms. You can think about that while you hold this book in your hands.