How a Canadian Philosopher Ruined My Perfectly Good Consulting Career 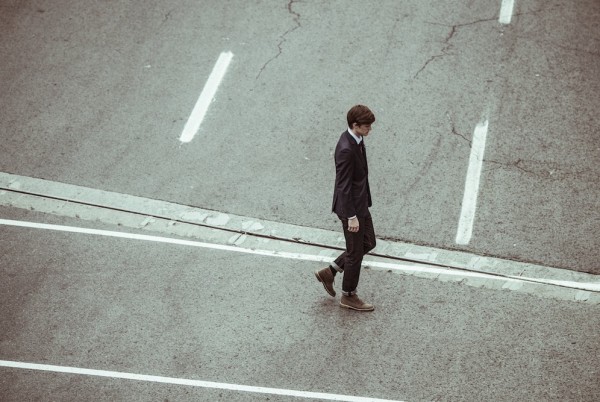 I first met Charles Taylor when I was a graduate student at McGill University in Montreal in 1984.

His classes were like nothing I had encountered as an undergraduate at Oxford University, where old yellowing lecture notes found themselves on the lectern year after year, and questions were rare—if not seen as aberrant behavior. Taylor would stride in dressed in jeans and immediately ask the class, “Where are we?” Consulting one of the more diligent note takers, he would say, “Oh yes, yes,” and be off once more, developing his arguments along the lines of his own emerging thoughts.

It turned out that we were tackling some of philosophy’s great questions: What am I? What aspects and attributes of myself do I share with other people? How did this come to be? Does this concept of my “self” alter over time with the evolution of society?

I found Taylor’s seminars enlightening, refreshing, and a little bit frightening, especially when we were each asked to consider how some of the great thinkers (Descartes, John Locke, and in my case Nietzsche) had addressed these questions and contributed to the contemporary “sense of self.”

All too soon I completed my studies and had to find gainful employment. I returned to the U.K. and found myself in a large management consultancy working on more worldly issues such as: How many cars does Europe produce, who buys them, and why?

But even then, reflection on Taylor’s thought nagged at me. Some years into my career I became aware (in those pre-Amazon days) that Taylor had published a weighty book reflecting the ideas he’d addressed in class: Sources of the Self—The Making of the Modern Identity.

I bought the book and dove in, but I struggled with it. It wasn’t that the text was impenetrable or particularly difficult; it was more that reading Taylor’s account of the self made me want to seek out the original texts referred to and review them as well. This study could not be squashed into the hastily grabbed slices of time when I usually digested financial reports and office memos, the very early morning half hour before showering, and the tired journey home. These served me well enough in my consultancy work, but understanding Taylor’s argument, which had taken him the best part of a lifetime to develop, required much more—challenging my sense of who I was and what I was doing in the world.

Taylor’s argument in Sources of the Self runs counter to that of naturalism in the human sciences. Naturalism holds that the most significant feature of human beings is that we are entities in the natural world, and are best studied and understood using techniques similar to those of the physical sciences. (For example, measuring and understanding people’s economic decisions as rational choices. Or explaining people’s choice of mates as the result of evolutionary drives.)

However, according to Taylor, such techniques are not suitable to understanding human nature because of a range of uniquely human features, including our capacity for self-interpretation and our desire for fulfilment. “Our lives move,” he writes—toward or away from a sense of self-realization which is unique to each individual. What directs and orients this movement are rich moral sources that are inherent in our culture and that develop and are transformed over time.

Sources of the Self is an attempt to map and articulate these moral sources. He charts the gradual historical shift from ethical systems based in heroism to the more modern sense of the value of the ordinary life of work and production and fulfilment in family.

Taylor looks at the conflict between two important sources of moral thought. There is the 18th century suggestion that our true identity and fulfilment can only be found by reflection and understanding of the voice of nature within us. This contrasts with Enlightenment thinkers who believed that only through reason can we sweep aside the claims of religion, national culture, common prejudice and view ourselves rationally and in the light of truth.

Taylor feels in some instances our culture has allowed our relationship to these sources to become debased and distorted, meaning aspects of our culture which we intuitively feel are shallow are in fact versions of attempts to achieve a goal far more worthwhile.

Consider the whole genre of self-help, self-improvement, or New Age philosophies, which can seem superficial. To Taylor they are all manifestations of attempts to realize the deeper moral source of the voice of nature, examining and contemplating the inner self in order to uncover the unique life which we both come to know and help bring into being.

The danger Taylor highlights is that such ‘self-work’ can become isolated and self-obsessive. One particular sentence in the book resonated with me: “Nothing would count as a fulfilment in a world in which literally nothing is important but self-fulfillment.” Taylor is saying here that beyond any goal I recognize as worthy of achievement in my life there must be a greater imperative beyond me, one which I share with other people.

Soon it became clear my reading and study was not simply an amusing hobby designed to evoke some happy memories from college days; it might actually lead me to challenge some aspects of what up to that point had been a fairly successful career. If it is the responsibility of individuals to both realize and articulate the strong moral goals that characterize our modern identity, then it could be argued it is the role of our institutions to encourage this, and to aid in the understanding of the way the best of our culture is expressed. If I took Taylor seriously it would be my duty to help others to articulate a moral source in their own lives.

The consultancy work I was undertaking appeared to me a far cry from this. We were called on to develop a solution to a particular problem, often to be found in the thoughts and words of those already employed by our client, just lacking a bit of juggling and finesse and the stamp of our corporate logo.

One comment by a younger colleague summed up the dilemma faced by many of us, and I suspect shared by others. She asked, “Where are the mentors in this organization? Who are the more senior people who can help me to see what I am doing right and doing wrong in a wider context, and how my vocation can grow and develop to better meet the needs of this world?”

There was a related and uncomfortable question haunting the hours I was putting into my philosophical reading. Was Taylor right? Could he be wrong? Not just wrong here and there and in part, but wrong altogether?

My assistant unwittingly articulated my reservations succinctly one day when she came to chase down my input on a piece of work well past deadline only to find me deep in contemplation with a copy of Sources of the Self shelved in my work cubicle. “The Self?!” she said, “well, you don’t want to mess with that …”

The problem is that in Taylor’s view, contemporary culture has messed with the self, so much so that the more depressingly shallow aspects of our culture have become for many the norm. A perfectly gym-toned physique and a very large number of friends on our social media format of choice have been determined to be the best we can hope to achieve. Taylor sees his work as “an essay in retrieval,” an attempt to rephrase the intuitive unease we have regarding a culture that appears to offer us both so much and so little at the same time.

I decided to take a study break to escape from my work and perhaps from this same culture, too. By sheer good luck my time off coincided with a six-month course examining Taylor’s work at the local community college, the City Literary Institute. Here I was able to read, study, and reflect on Taylor and his original sources, and discuss my impressions with a whole classroom of people. When the course ended I deferred my return to corporate life.

I never went back. Two years later I replaced the teacher at the community college, and took on the challenge of explaining Taylor’s work to those from all walks of life who were also drawn to his writing. By then I had developed my own set of lecture notes to begin the process of yellowing …

Chris Bloor writes, studies, and lectures on philosophy in London, and has been a leading figure in that city’s pub philosophy culture. He has occasionally interrupted his ongoing philosophical investigations, in the 1990s to manage Britpop bands, and more recently to work with the technology-based startups of London’s Silicon Roundabout.

This essay is part of an Inquiry produced by the Berggruen Institute and Zócalo Public Square, on philosopher Charles Taylor, recipient of the 2016 Berggruen Prize.