Can Downtown L.A. Become the Cultural Epicenter of the West Coast? 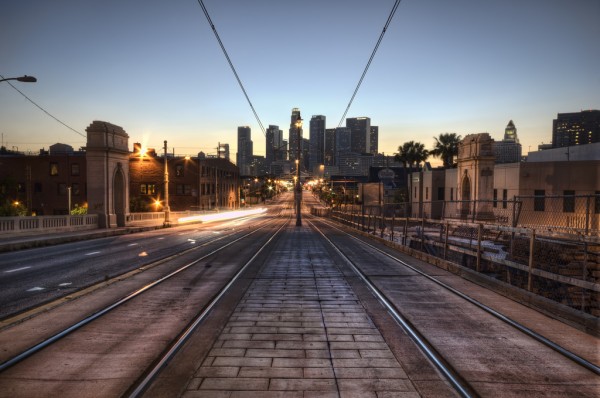 Thirty years of commercial real estate experience in New York and around the country have taught me a few things, including this: what’s old is new again. If you’ve lived in Los Angeles long enough, you might remember when Abbott Kinney in Venice was a rundown stretch of homes. Today, it’s an upscale shopping and dining district.

You might also remember when downtown Los Angeles faded into an urban ghost town in the early 1990s, as commercial real estate values dropped sharply from the 1980s when Japanese real estate investors went on a buying spree that unraveled after the country’s stock market crashed in 1987. Almost a quarter of all office space was vacant, entire buildings in the financial district were empty and office buildings in Glendale were commanding twice the rent of downtown skyscrapers. It was only a matter of time before smart developers would recognize the untapped potential of downtown’s booming daytime population, hidden architectural jewels, and ideally priced parcels of land. (For reference, a recent article in the Los Angeles Business Journal announced the purchase of a tower on Figueroa Street for $175 million, a 67 percent premium to what was paid 11 years ago.) My beliefs were confirmed when Brookfield Properties announced in 2011 that it was planning a $40 million facelift to the FIGat7th property and that Target would be the new anchor. When an iconic brand that is on the forefront of design and great brick-and-mortar experiences agrees to join a project that has been in the doldrums for decades, it makes a statement. It says, “We acknowledge the history and failures here, but we’re going to bet on downtown and we’re betting big.”

We’re witnessing an incredible movement of urban revitalization and renewal and it’s not showing any signs of slowing down. This is great news. Leasing activity is high, and new-to-market brands are streaming in trying to make their mark. Infusing a once-neglected market with new retail and restaurants is a win-win for any city and its residents.

Of course, there are critics of all this revitalization downtown. They argue that neighborhoods lose their distinct, historic character when commercial interests invest in them, long-time residents can’t afford rents anymore, and “gentrification” happens. You can’t fight progress, but it does come with a cost. Without government grants and non-profit assistance, many of the district’s artists in residence will move to other neighborhoods close by. But sometimes, that’s the nudge it takes to bring attention and money to underserved markets. Retailers and artists alike move to a more affordable area out of necessity, and create the foundation for a new district. Suddenly Boyle Heights, the birthplace of the Chicano movement, is the next market poised for gentrification after property values jumped 18% from last year.

I direct the naysayers to the High Line in New York City, a 1.45-mile public park built on a historic rail structure. Some say that because of the High Line, Chelsea has lost its character and that this once quaint artist colony has been corrupted, but that’s not the case. The High Line is a wonderful example of brilliant urban planning that mixes modern designs with a functional “product” that lubricates the flow of people going in and out of the West Village, Meatpacking District, Chelsea, and New York’s newest emerging market…Hudson Yards, a $20 billion development project.

So how does an urban real estate market, especially one that had fallen on hard times like downtown Los Angeles, catch on, take hold, and then capture the hearts and interests of its residents?

From my point of view, the true measure of success for downtown or any urban market is how well it establishes a sense of connectivity across all of the mini-districts within its borders (as the High Line has accomplished). Connectivity is the way people get from Point A to Point B, whether it’s by foot, automobile, bus, or rail. In Los Angeles, those mini-districts include the Financial District, Fashion District, Arts District, and South Park (which includes LA Live), but connectivity also applies to any city that is a car ride away. When I am in Manhattan, I can walk from my office on Fifth Avenue to any market in any direction. There’s never a lull and never a city block without something on it. In downtown Los Angeles, sure, it’s possible for someone to walk from their office in South Park to the Ace Hotel to meet friends after work. But you’re not walking past retail or dining, you’re walking past parking lots and unlabeled buildings that do nothing to invite a pedestrian in. Connectivity occurs when markets start to merge together and there are ways for people to move between them that are interesting and meaningful.

This is something that simply won’t happen, and doesn’t need to happen in other markets in Los Angeles. No one associates connectivity even with communities as close together in proximity as Santa Monica and Venice. No one is going to walk from the Third Street Promenade to Abbot Kinney. Nor is anyone is going to walk from Brentwood Gardens to the Brentwood Country Mart down San Vicente Boulevard, past a country club and residential areas. I’m confident that Los Angeles’ impressive mass transit initiative will also serve as a vital piece of connectivity between communities that once seemed impossible. If the staggering number of USC football fans riding the Metro from Culver City to the Coliseum on game days is any indication, then it’s a great sign that Angelenos are already embracing public transportation.

But to capitalize on this unique urban environment, downtown Los Angeles must also continue to expand its culinary and cultural offerings, which are ultimately what attract visitors and new residents, and keep the existing ones happy. We already have the Staples Center, LA Live, and the Walt Disney Concert Hall, in addition to the Broad Museum coming in 2015 and a growing list of restaurants and luxury hotel venues; but it needs to grow from there.

As an example, nobody needs a reason to spend a weekend in Manhattan. You could go on forever naming all of the exciting museums to visit, restaurants to try and stores to shop at. But for downtown Los Angeles to reach that undisputable status, it also needs to create an area that makes it conducive to do business, and for investors and developers to spend capital and be confident that their projects can be executed. Creating a pedestrian-friendly downtown area also means addressing safety issues, like infrastructure improvements, cleaning up Skid Row, and helping the homeless population.

In Los Angeles, we’re only in the first inning. Downtown Los Angeles may experience a few setbacks and changing market conditions may affect future developments. We’re still 20 years away from boarding the proposed “Subway to the Sea.” The critics and naysayers will always be around. But clearly, with more than 80 proposed projects and developments in the works according to city records, we are on the right track for the near future, when downtown Los Angeles can take its rightful place as the cultural and culinary epicenter of the West Coast.