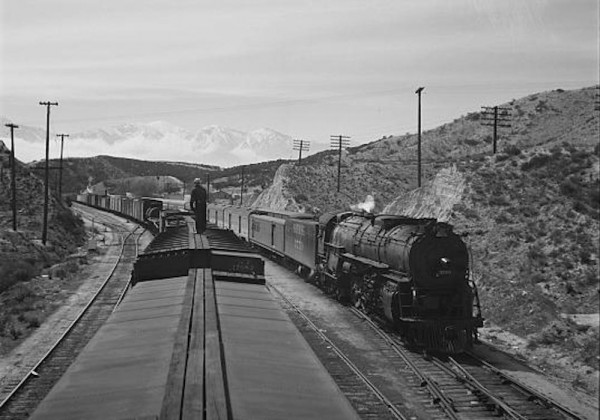 the well-lit car rendering
too much promise,

the inside made contrary
and strange. His mother cradles him

but he fusses and won’t sleep,
the train’s sway not enough.

The girl with the baby
asks me a question

I can’t answer,
the sea in conversation

with itself, inside the shell
of the train. She gives

her baby a bottle
of Coke, the red and silver can,

the unmistakable suckle—
I haven’t the decency

to look away
from her, the window,

the sea, a black sermon,
starless.

Lorene Delany-Ullman’s book of prose poems, Camouflage for the Neighborhood, was the winner of the 2011 Sentence Award, and published by Firewheel Editions (December 2012). Delany-Ullman teaches composition at the University of California, Irvine.