She laughs, teeth sparkling against her chapped face #poem 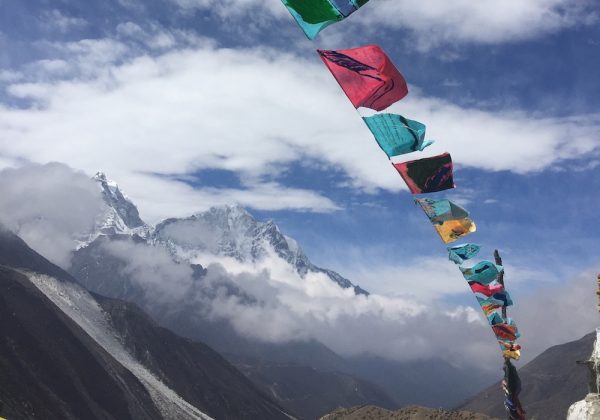 It’s not the gemstones or fossils
Sold to tourists and museums
Says Sherpa Lhamu of Dingboche.
Not even Dalh Baht that keeps us
Nepalese nimble like mountain goats.
The West calls it potato.
The Chinese call it tudou—bean of earth.
But we call it aloo—small, muddy, bountiful
Heavier than mountains.
In spring, before snow melts
The whole village stops:
No cooking, no music, no fire or visitor.
In silence we plough, bending over the soil
Until every seed enters the earth.
And we wait, outside the stonewalls
No human allowed into the fields
Only yaks and dogs to enrich the soil.
When rain comes and
Leaves push through ice and stones
We crawl in, children and women
Baskets and prongs in hands
Weeding, breaking clay
Plant by plant, field by field, mountain by mountain…
There’s no other way around it
Says Lhamu from Dingboche
Standing 20000 feet above the sea.
Potatoes need to be cradled like this
Three times a year, on our hands and knees
She laughs, teeth sparkling against her chapped face
Purple and beautiful from the Himalaya sun.
Above us, the Amadablam looms.
Under our feet, aloos root into thin soil and boulders
Dissolving minerals, turning the sun into flowers–
White, lilacs petals with yellow hearts.
It’s more than a muddy, small potato.
It’s aloo, aloo, aloo…
Call her, raise her from the deep
Jewel of the Himalaya
Our goddess, our Mother
Savored by her children
Of warriors and peace.
Wang Ping has published 11 books of poetry and prose, including American Visa, Foreign Devil, Of Flesh and Spirit, New Generation, Aching for Beauty, The Magic Whip, The Last Communist Virgin, and 10,000 Waves. She’s recipient of NEA, Bush, Lannan and McKnight Fellowships. She’s the founder and director of Kinship of Rivers project.