Could it be jubilant/ to come apart? #poem 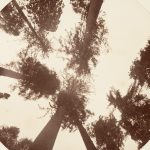 Stitch up the trees,
tripping over
the end of time.
Could it be jubilant
to come apart?
Earth to fire to air
in a brilliant instant,
nuclear alchemy
splitting the bone.
I try to remind myself
how petty we are
in the face of life’s evaporation.
Captured by tides:
resistance // embrace.
An ocean growing slowly between us.
Spouting from secret wells,
glimpses of terror
at 2:30 p.m.: will you leave will you
love will you believe in me even now.
These small stakes … 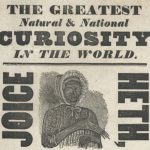 In 1835, Phineas Taylor Barnum was down on his luck and anxious to find an “amusement” that would attract paying customers. One lucky day a stranger came into the shop where Barnum worked and told him that he possessed half-ownership of a “curiosity”: a woman named Joice Heth who, the stranger claimed, was the 161-year-old slave who raised George Washington.
Barnum examined Heth and the …

When Halloween Mischief Turned to Mayhem 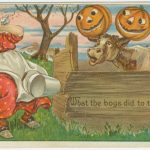 Imagine. Pre-electricity, no moon. It’s late October, and the people whisper: This is the season for witchery, the night the spirits of the dead rise from their graves and hover behind the hedges.
The wind kicks up, and branches click like skeletal finger bones. You make it home, run inside, wedge a chair against the door, and strain to listen. There’s a sharp rap at … 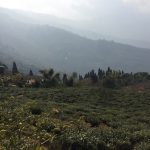 Darjeeling tea is a world-renowned product that reliably flows from India’s highlands, where it has been grown for more than a century. But since early this summer, none of it has reached global markets.
A newly revived independence movement has cut tea exports, stopped the region’s tourism, and shut down schools. The Gorkhaland movement asks for independence from the state of West Bengal. Activists have …

Before Going to War in North Korea, Try Understanding the Place First 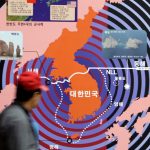 With schoolyard taunts hurtling between Washington and Pyongyang, and fears of nuclear Armageddon escalating from Seoul to Tokyo to Los Angeles, the once-unthinkable idea of a military showdown between North Korea and the United States has become frighteningly plausible.
On an October evening when many Angelenos were pondering the opening game of the World Series rather than end-of-the-world scenarios, a Zócalo/UCLA panel discussion explored the question, … 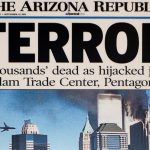 In the midst of the Second Intifada, in summer 2001, I was living in the dorms at Hebrew University in Jerusalem. Normally bustling streets were nearly empty. Signs in store windows offered discounts for the “brave tourists” who ventured inside despite the growing violence and tension. Being constantly on alert exhausted me, a short-term visitor insulated from many of the complexities of what was unfolding. … 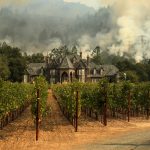 A wildfire burns behind a winery in Santa Rosa, California on Oct. 14, 2017. Photo courtesy of AP/Jae C. Hong.The deaths and damage of this year’s Wine Country wildfires are a historic disaster. They are also the product of an epic California success.
That triumph is the growth of the wine industry, which has come to dominate our state’s land, culture, and image. Indeed, it’s now …

It’s a Bird! It’s a Plane! It’s a Positive Symbol of American Power! 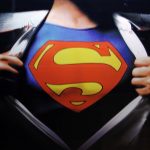 I can’t really remember when I first encountered Superman. It might have been through the 1950s television series The Adventures of Superman, or it might have been in a Superman comic book—not an American comic book, but a black and white reprint, by the Australian publisher K. G. Murray.
Growing up in Australia, I learned the basic stories of American history from the pages of …

I dream about you during the work week #poem

I dream about you during the work week with teddy bears in my mouth &
you with a sword impossible to own. The second sentence is love isn’t
loving anyone for less than your entire life if you want your life to last that
long. We come together for the sake of not knowing what else to do. The
words are the ones, along with the sounds, that define … 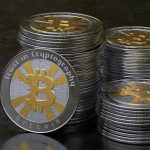