Snapshots of a Human Petri Dish 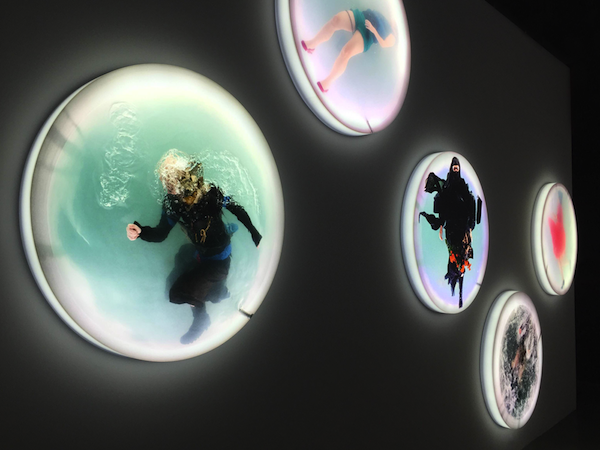 The dreamy, brightly lit photographs and videos of “Holoscenes / Quaternary Suite” at the Pasadena Museum of California Art might remind viewers of glimpses through a ship’s porthole. Sometimes, the photographs—which are displayed over light boxes—and videos suggest specimens in a petri dish. Look again, and you might see adults floating in utero in this surreal exhibition.

Los Angeles-based artist Lars Jan loves the multiple associations his photographs inspire: “I want people to ask, ‘What is this? Why is this?’” 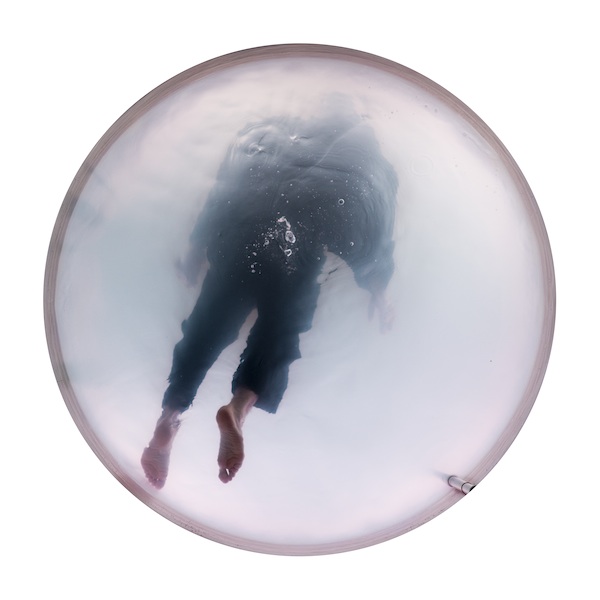 The what: people doing things in a tank of rushing water. The why: Jan was deeply moved by a New York Times front page photograph of the devastating 2010 floods in Pakistan by Daniel Berehulek. 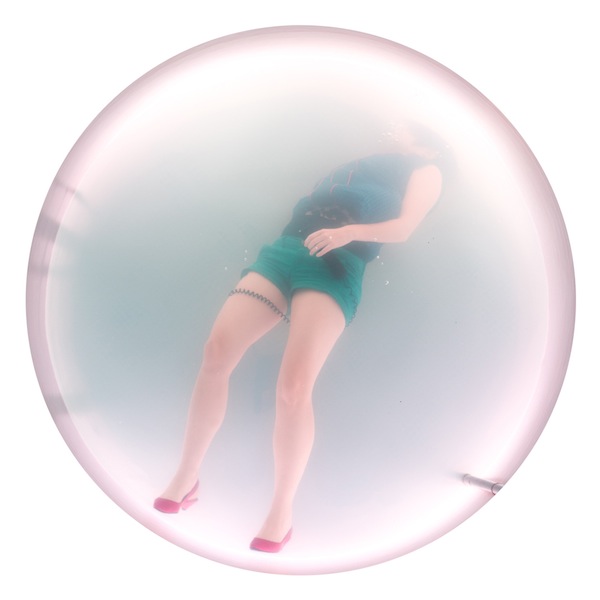 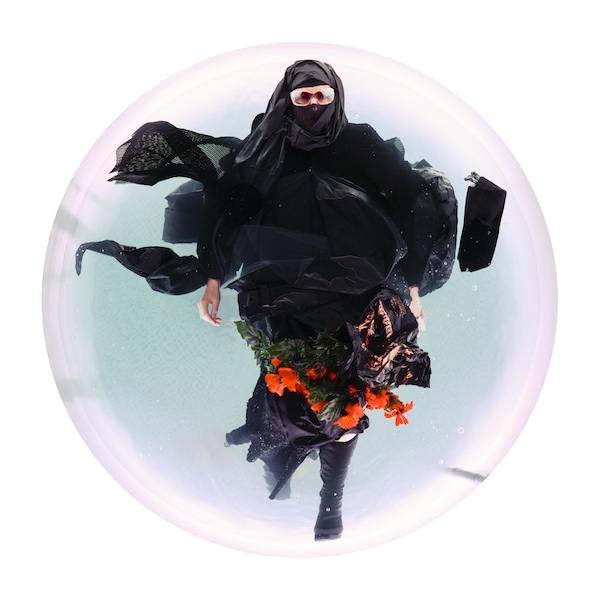 “People were dying of thirst because there was no potable water, and yet water was carrying away the flotsam of lives,” he explained. It was an example of “when a life-giving source becomes a graveyard. It was also simultaneously beautiful—it reminded me of a Rafael painting.”

Jan began researching climate change and geology. He discovered that the last 2.6 million years on Earth are known as the Quaternary period, and the last 12,000 years within that period are known as the Holocene epoch. The Quaternary period is sometimes known as the “Age of Humans,” and has been marked by flip-flopping episodes of climate change—freezing and thawing that lower and raise sea levels, carve the land, and change the migration patterns of animals, plants, and humans. The title of his exhibition plays on our current geological time frame. 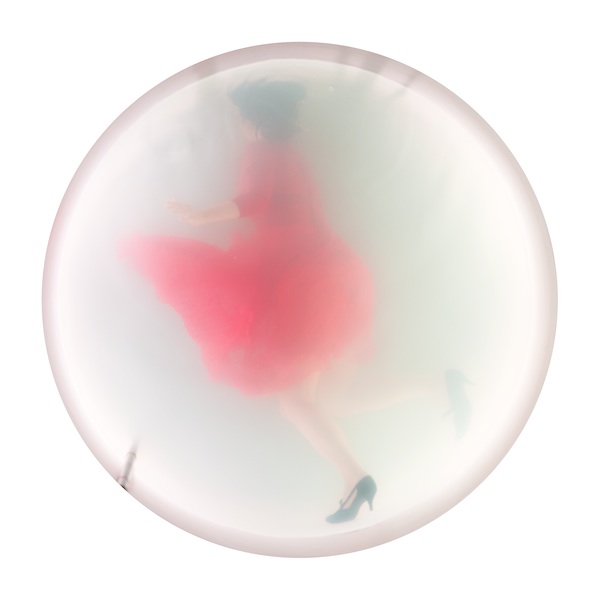 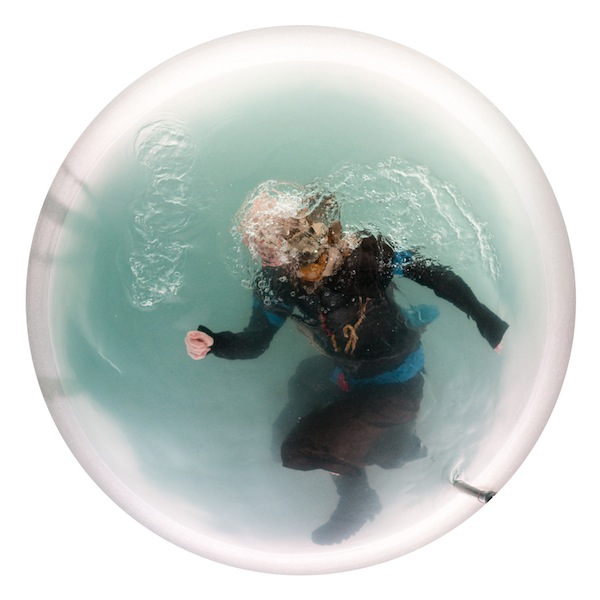 Jan said he came to realize that, in the history of Earth, “water is the connective tissue that tells the story of everything else that’s happening. We’re even primarily composed of water.” 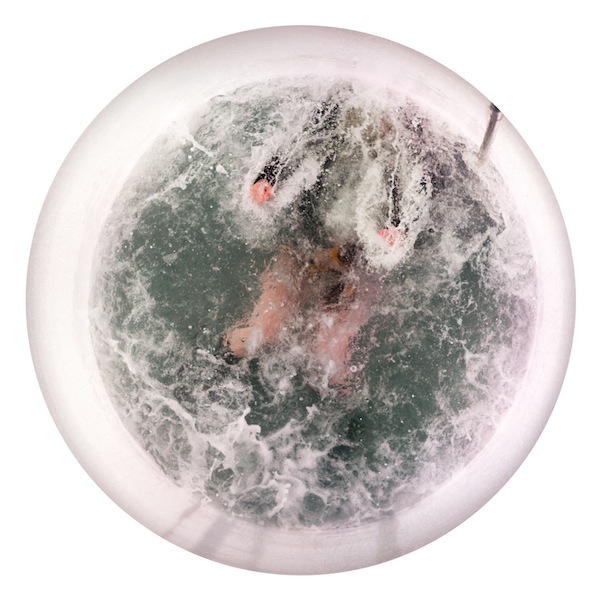 He engaged a team of hydraulics experts, mechanical engineers, and architects to help him build a tank at the Experimental Media and Performing Arts Center in Troy, New York, that he could fill with water while taking pictures from above. “It was hard to rehearse the piece,” he said. For the first time in his career as a visual artist, he had to research safety and water quality—he needed to know how much water he could put in the tank without drowning the people who agreed to wade in. 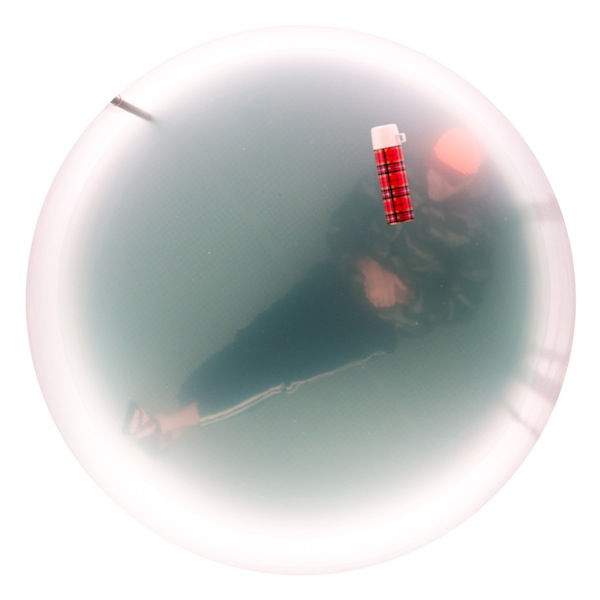 The 1,500-gallon tank—a round, white industrial water container with the top cut off—filled up over a minute and 45 seconds. (Jan has since created a performance around the project that uses a boxy aquarium, with acrylic on all sides that people can see into. Over 3,000 gallons stream into the tank in less than a minute.)

Jans said his favorite image in the exhibition is “Untitled 1,” which features a barefoot man in a black suit splashing face-first into the water. “It feels like there’s a descent into this sort of mysterious void,” he said. “But it’s not a dark black void. It’s a beautiful open void.” 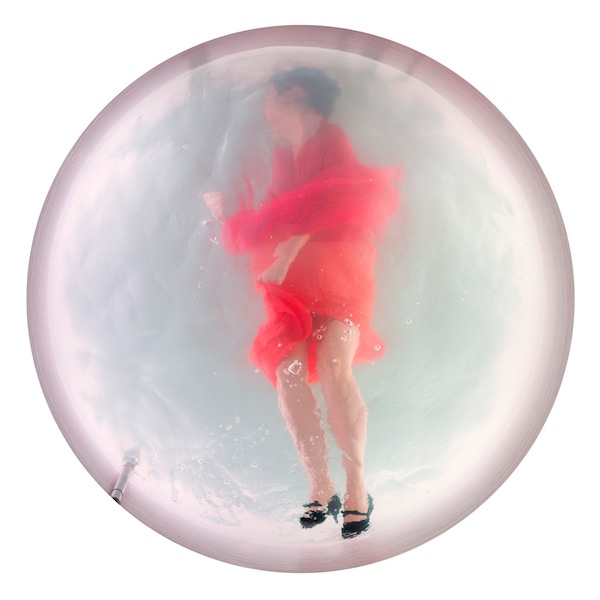 Holoscenes / Quaternary Suite is at the Pasadena Museum of California Art through May 31. Some of the images in this gallery are not in the museum’s exhibition.

*Photos by Lars Jan and courtesy of Pasadena Museum of California Art.