The Seedy, Funky, and Fabulous Hollywood Boulevard of the 1970s

In the 1970s, photographer Ave Pildas roamed Hollywood Boulevard, snapping thousands of shots of its many characters in patchwork denim bell-bottoms and floppy hats. There was the group of transvestites who posed next to Judy Garland’s star on the Walk of Fame. And the boy dressed up for Halloween, one hand clenched in a fist and the other holding a devil’s spear. “I kicked his parents out of the picture,” Pildas remembers.

Pildas hadn’t looked at the pictures in years, until a curious reporter, who had heard about his work, approached him and put some of his photos online in 2013. He realized people were interested in the lively and sometimes seedy world that he had captured. These historic black-and-white photos are now on display at Los Angeles Contemporary Exhibitions (LACE) in “Hollywood Boulevard—The ’70s,” an exhibition of 50 images, some of which can be seen in the gallery’s storefront windows on the very street the photos were taken. 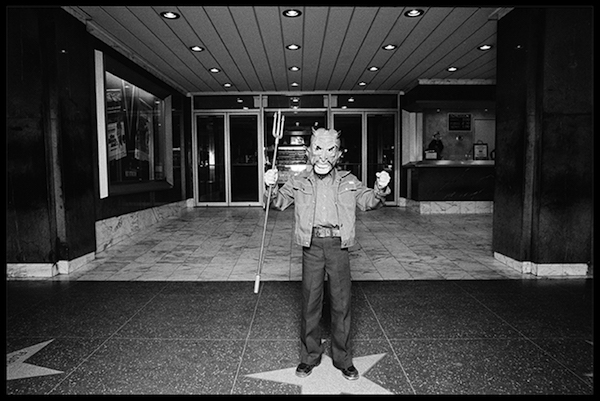 Pildas first got to know the neighborhood in 1971, when he was an art director at Capitol Records. He’d walk to Musso and Frank Grill for lunch or to a newsstand on Cahuenga Boulevard for a magazine and take in all the action on the street. 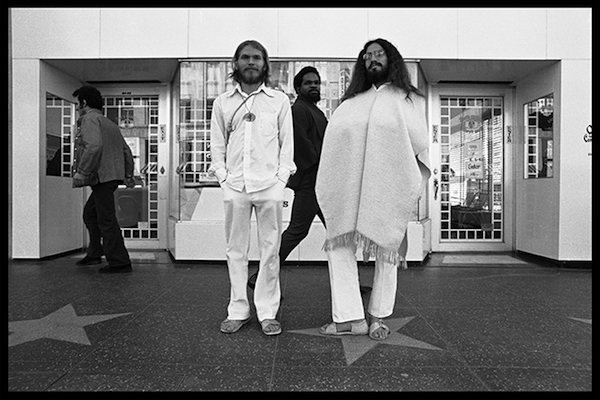 “I got to see all this humanity,” Pildas remembers. “People tripping down the street, hippies, hookers, drug addicts, and people dressed to the nines in middle of the day—either left over from the night before or because they were on their way to an audition.” 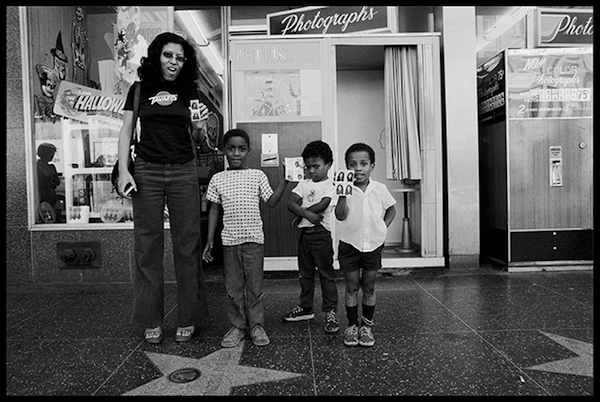 He left the job at Capitol Records but returned to the neighborhood in 1972 with his camera. He took portraits of people standing on the Walk of Fame or in front of a photo booth, holding up the little strip of photos that the machine had just spit out. 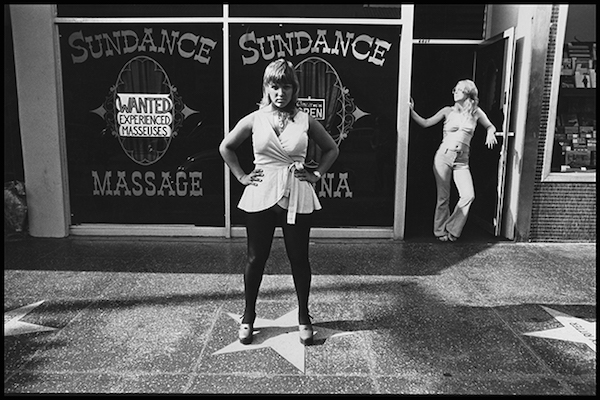 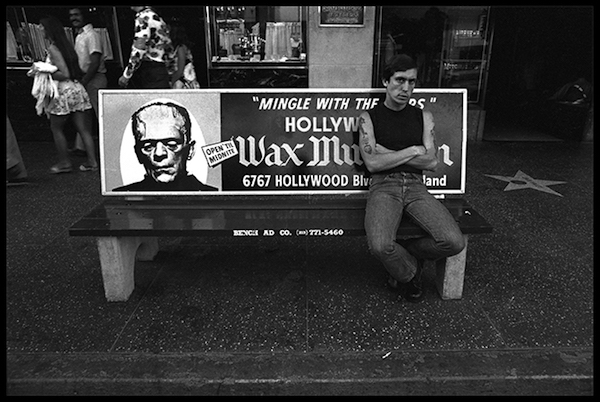 He also took a series of “sneaky” photos of people sitting on bus benches, by pre-focusing the camera, jumping in front of them, and taking pictures. “I was there and gone before anybody could object,” he says. 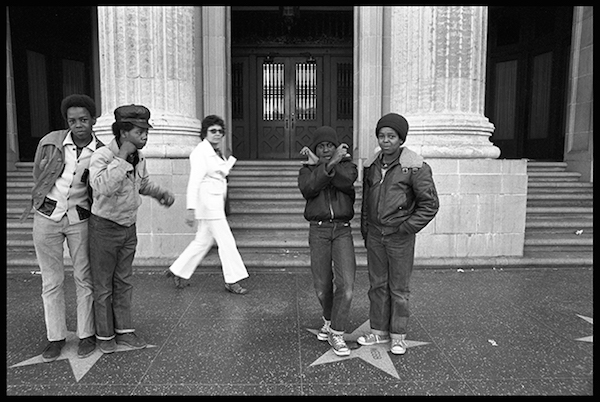 There was a serendipitous element to some of the images. In “See’s Candies,” Pildas was looking to create some color contrast in a scene of two white hippies dressed in all white clothing, standing in front of a stark white storefront. Then, he saw an African-American man in a dark jacket and pants coming down the street. “When he got right between the two guys, I clicked the shutter,” Pildas explained.

Pildas is thinking about returning with his camera to Hollywood Boulevard, a part of Los Angeles that he loves—especially the area around Cahuenga, where you’re likely to find head shops, trashy lingerie stores, and unoccupied storefronts these days. “There are still people on street—drug addicts, homeless people,” he says. “You can still find the gritty part of society.” 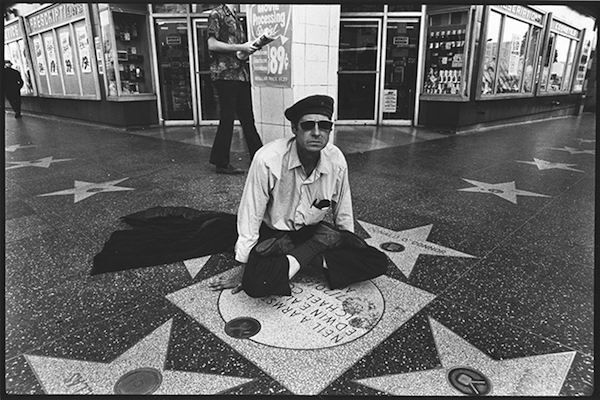 “Hollywood Boulevard—The ’70s” is on view through September 13, 2015, at Los Angeles Contemporary Exhibitions.