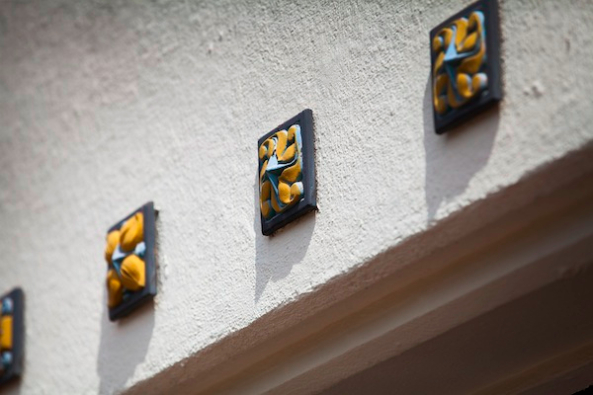 As a native Angeleno with a father who is a public-transit enthusiast, I’ve been through 800 North Alameda Street many times, wearing many different hats. As a fan of new L.A. things, I rode the first Gold Line from South Pasadena to downtown in 2003. As a photography student, I used the station for education and inspiration. As a commuter, I’ve spent my fair share of time on the Metro rail below ground and the Metrolink and Amtrak lines above ground. And as a detective of sorts, I dug into the place’s remarkable history. 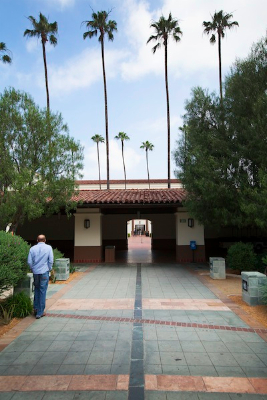 A diagonal brick line represents the border to the former edge of Chinatown. 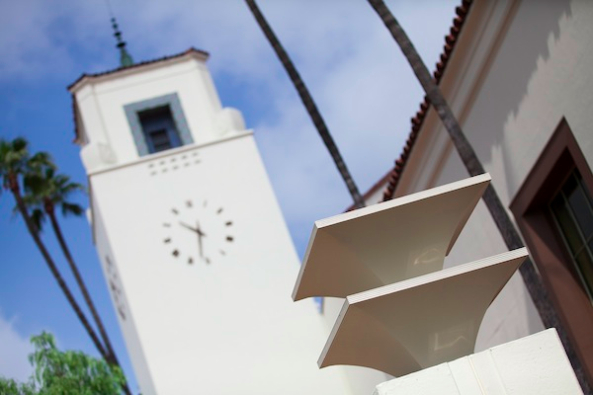 These sleek, angular light fixtures were ultra-trendy Art Deco design elements back in the 1930s. 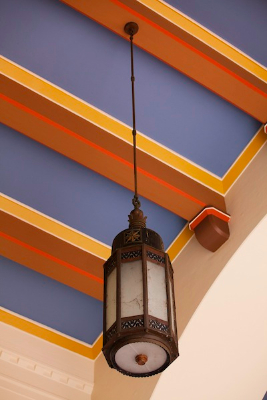 These Mission-style lanterns, like all the lights in Union Station, were custom designed.

Los Angeles’ Union Station opened on May 3, 1939. It became the subject of a 2014 exhibition organized by the Getty, which has a Union Station archive of architectural drawings and sketches. It was called No Further West: The Story of Los Angeles Union Station. The exhibition, hosted at the Los Angeles Public Library’s Central Library, also featured treasures from the Huntington Library, Art Collection and Botanical Gardens and the Automobile Club of Southern California.

Like L.A. itself, Union Station is a cultural hybrid, sporting a unique blend of Mission Revival, Southwest, Spanish, and Art Deco styles. It took nearly seven years to plan and build—and you can see all that time in the details of the station. 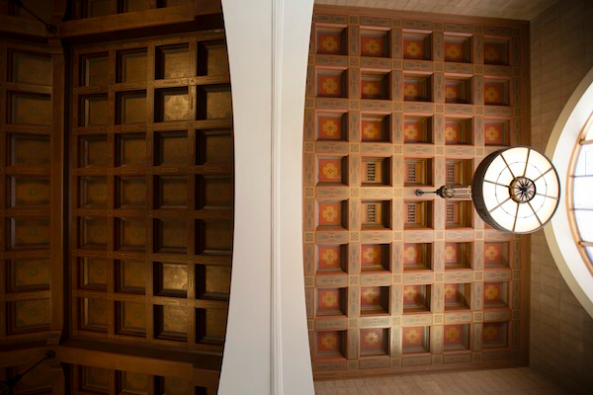 Each room in the station has a unique hand-stenciled pattern on its ornate coffered ceilings. 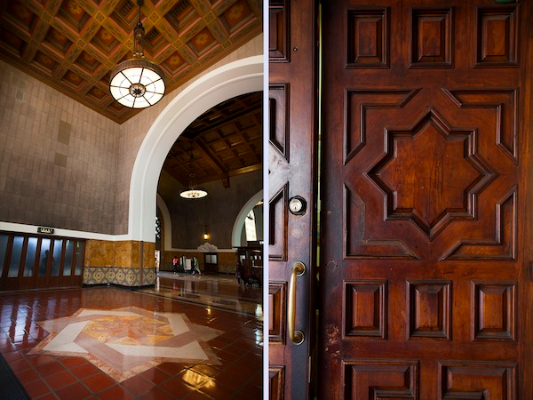 This decorative star shape—modeled after a compass—appears all over the station, in all kinds of materials. 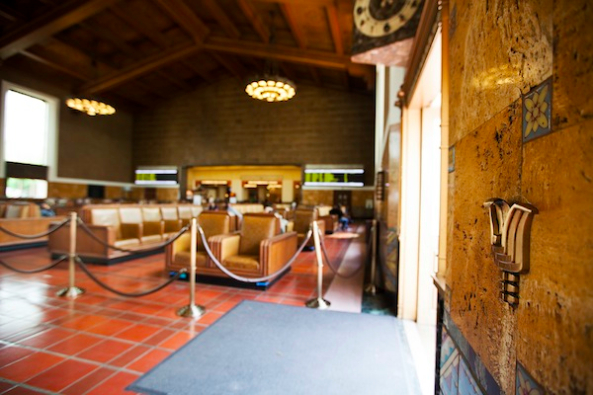 These curved bronze wall mounts house a hidden keyhole to open and close the Venetian blinds.

Since our station is still used, much of these details go unnoticed. I’m guilty of dashing through the South Patio without stopping to smell the roses. But perhaps we forget the architectural herald of Union Station because it seems so timeless—it’s simply part of the Los Angeles aesthetic.

Here are 10 details you won’t want to miss next time you’re running to catch your train. 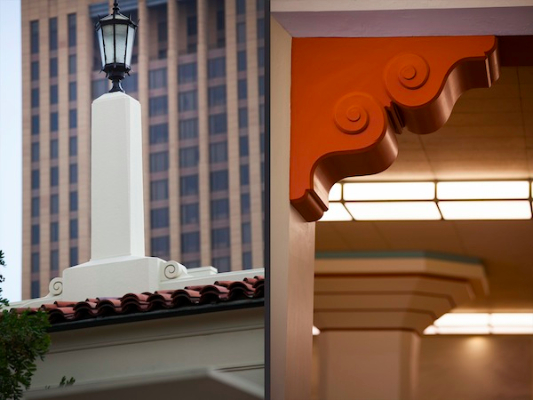 Graceful, scroll-like forms adorn the corners of a few special places in the station.

The strip lights in the passage tunnel once seemed futuristic. 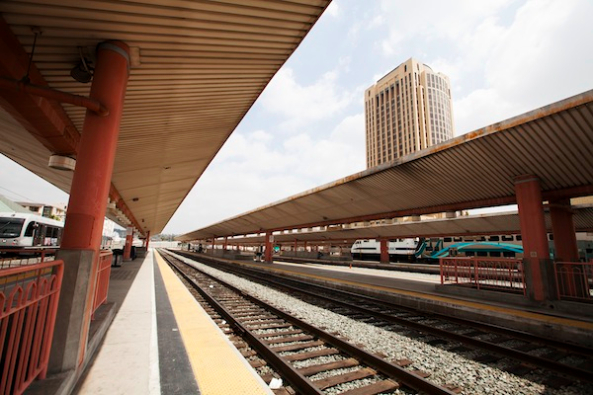 Disembarking from a train into the open air was an iconic L.A. experience.

Sarah Waldorf is a native Angeleno, photographer, and social media coordinator at the Getty.

Photos and text by Sarah Waldorf.