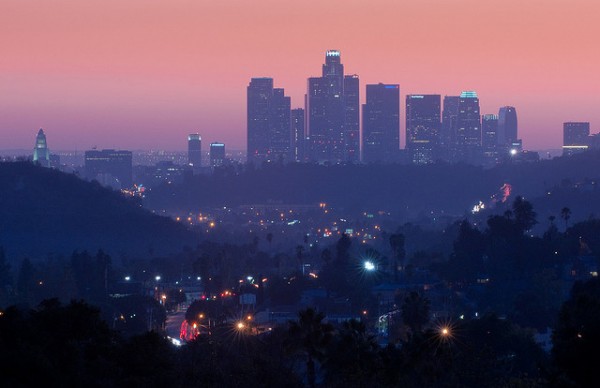 For 40 years, Los Angeles’ building code has required all buildings 75 feet and taller to have a rooftop emergency helicopter landing facility in a location approved by the fire chief. The idea in 1974, when the law was passed, was to make skyscrapers safer, in part as a reaction to a catastrophic fire in Brazil. But we know now there are better ways to make structures like the U.S. Bank Tower and the Wells Fargo Center safe. I, for one, am cheering for the end of a policy requiring flat-topped buildings in Los Angeles.

As an urban planner and architect (before becoming a professor, I was an architect at SOM-Chicago), I know safety is more critical in tall buildings than in low-rise structures because tall buildings host a greater number of inhabitants and are themselves expensive investments. I also know that, if appropriately designed and built, skyscrapers are safer in many respects than low-rise and mid-rise buildings. They have concrete cores that are robust and designed to withstand the extreme lateral forces and loads that occur during high winds and earthquakes. Fire safety systems in skyscrapers include sprinklers and wet and dry standpipes to which firefighting hoses can be connected. Multiple escape routes, fire stairs, and refuge floors allow office-building workers to escape the most intense parts of the blazes or head outside.

Serious concerns about the issue of safety in tall buildings came to a head following the World Trade Center collapse in 2001. Researchers and professionals of many disciplines came to the conclusion that the codes then for tall buildings were inadequate. The National Institute of Standards and Technology (NIST) researched the World Trade Center’s collapse and came to a greater appreciation of safety measures when it estimated how many people would have died if the two buildings were fully occupied. They concluded it would have taken more than three hours to evacuate the buildings fully, and in the process, 14,000 people–28 percent of the occupants–would have died because of insufficient stairwell capacity.

NIST stressed that time is of the essence in evacuation. And helipads have a very small impact on evacuation times. Helicopters take time to land, load people, and take off. They only take a small number of a skyscraper’s occupants at a time. Further, helicopter pilots are often extremely hesitant to land on a burning building, fearing that the helicopter may catch fire as blazes and smoke swiftly ascend. Even if a pilot decides to take a risk and land on the rooftop, the rising heat and smoke from the fire may jostle and destabilize the helicopter, complicating the landing process and preventing people from boarding the helicopter. Research indicated that if the World Trade Center rooftops had been accessible (the helipad fell into disuse), helicopters couldn’t have landed because of the heat and smoke.

Our rarely used helipads may enhance the perception of safety, but they have a limited role to play. Therefore, increasing a tall building’s safety by design–the building prevents the spread of fire and allows people to exit quickly through protected routes–is a “smarter” strategy than relying on a helipad.

How to create such a strategy? The NIST study came up with recommendations to guide us:

Assume that the full building will evacuate. Conventionally, builders of high-rises have assumed “staged evacuations” will occur. During a fire on one floor, occupants were supposed to evacuate to adjacent floors until it was safe to return. Exit paths traditionally accommodated three to five floors evacuating simultaneously. After the World Trade Center collapse, it became clear that a tall building’s occupants would likely want to evacuate all at once in an emergency situation. NIST recommends that all non-residential skyscrapers that exceed 420 feet in height have three stairwells and fireproofing capable of withstanding a pressure of 1,000 pounds per square foot (in the event of a bomb, chemical interaction, gas breakout, or something similar).

Allow some office workers to use elevators in an emergency. Conventionally, in an emergency situation, elevators in high-rise buildings are used by firefighters only. NIST recommends building elevators that can withstand fires and structural damage in the concrete core of a building, and that allow firefighters to stop at each floor to evacuate tenants who have trouble walking.

Mark stairwells and exits with glow-in-the-dark signs. As simple as it sounds, not every building has such markings, especially those built before the 2000s. New York was the first large city to require luminous markings in stairwells, five years after the tragic events of 9/11. More than 1,500 buildings now have the markings, but that’s still a small fraction of America’s tall buildings.

If a city adopts these recommendations–and also asks tall buildings to include refuge floors, video-camera surveillance, and automatic sprinkler systems–the safety of the skyscrapers will increase significantly, and the need for a helipad will diminish. L.A., as it eliminates the helipad requirement, should embrace as many NIST standards and fire-safety codes and recommendations as possible. Stricter requirements should be imposed on taller structures. The crux: New tall buildings should ensure the safety of occupants and not rely on external assistance to rescue people in case of emergency. It’s worth noting that some new features will enhance office workers’ daily lives, making it easier to get up and down buildings in general.

Relaxing the requirements of a helipad also will empower architects to create more interesting rooftops that will better reflect the imaginative nature and spirit of Los Angeles. A space 50-by-50-feet wide at minimum is required for a helipad spot, plus a typical additional 25 feet around it as a buffer. This has resulted in a repetitive, boxy roof shape in the Los Angeles skyline.

The helipad’s power to limit designs for rooftops was apparent in the 3,300-foot-tall (1-kilometer-tall) Kingdom Tower currently under construction in Jeddah, Saudi Arabia. A protruding helipad was proposed toward the top of the pointy tower. However, helicopter pilots pointed out that they would not feel comfortable landing there because they feared tight space and potentially high winds could cause them to hit the tower. The proposed 7,500-square-foot helipad was converted to an outdoor balcony instead, known as the “sky terrace” that will overlook the Red Sea.

Of course, there are examples of good helipad design. Dubai’s Burj Al Arab (which is 1,053 feet high) has a helipad about 689 feet up that provides good access for helicopters because it’s projected, and the air is away from the building’s perimeters. It also doubles as a tennis court; in 2005, Andre Agassi and Roger Federer squared off there.

Beyond aesthetics, boxy rooftops with helipads are really a missed opportunity to create “green” roofs with sustainable features. Now Los Angeles can do something like the spiral form in the rooftop of Shanghai Tower in Shanghai that captures rainwater. Some towers’ tops are now designated for wind turbines to harness wind energy, such as the Strata Tower in London. Other towers, like the Wuhan Center in China, are shaped aerodynamically to reduce the stress winds put on a building, and reduce construction costs. Some towers, like the Pearl River Tower in Guangzhou, China, embrace forms that decrease wind loads and harness wind energy simultaneously.

There’s nothing to fear–and much to gain–in relaxing the helipad requirement. I, for one, will be watching to see what inventive skyscrapers Angelenos come up with.

Kheir Al-Kodmany is a professor in the department of urban planning and policy at the University of Illinois at Chicago.

This was originally published by Zócalo Public Square on 10/16/2014.