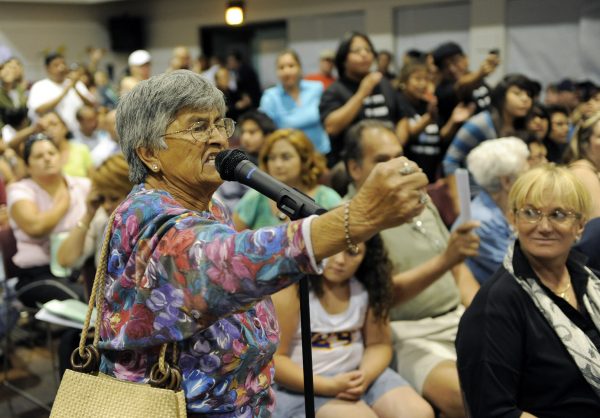 The Ralph M. Brown Act, first approved in 1953, is celebrated for its supposed guarantees that we citizens have a voice in the decisions of all our local governments.

But today, it is little more than a gag rule.

Over the past six decades, the Brown Act—famous for its guarantee of a 72-hour notice for public meetings—has become a civic Frankenstein, threatening the very public participation it was intended to protect.

The act’s requirements of advance notice before local officials hold a meeting has mutated into strict limitations on the ability of local officials to have any kind of frank conversation with one another, even over email. Brown Act requirements that we, the public, be allowed to weigh in at meetings have been turned against us, by way of a standardized three-minute-per-speaker limit at the microphone that encourages rapid rants and discourages real conversation between local officials and the citizens they represent.

And by effectively prohibiting deeper exchanges among officials and citizens, the Brown Act has empowered professionals outside the civic space—lawyers, labor unions, and especially developers—to fill the conversation void.

At a recent UC Irvine conference on the Brown Act in which I participated, speakers discussed how local elected officials and their staff members, wary of talking to or even emailing each other and violating the Brown Act rules against unannounced meetings, often communicate with each other through developers, who are much freer to meet and talk.

This is one reason why allegations that developers have too much power are routine in California communities. But it is also why proposed reforms to limit the influence of developers—Los Angeles Mayor Eric Garcetti just announced a ban on meetings between city planning commissioners and developers—never last. Under California’s Brown Act, developers are often the most practical conduit for local officials to get information to their colleagues.

“The Brown Act gives developers superior access, because it cuts [local government] staff off from talking to the decision makers in the same way,” said one California local official, quoted in a conference paper.

Back in the 1950s, when the Brown Act was passed, local governments largely ruled via broadly applied laws, policies, and plans. But in subsequent decades, a combination of court decisions, state laws, and ballot initiatives like Prop 13 have limited the power of governments to control their own revenues, and to make and enforce laws.

So to retain some self-determination, local governments have worked around the law, ignoring plans and policies they once followed, and instead embracing ad-hoc decision-making, considering proposals on a case-by-case basis. The most important tool for today’s local governments is not the ordinance or the general plan but rather the closed-door negotiations that produce labor contracts and developer agreements. In the latter, developers typically receive exemptions from present and future rules in exchange for benefits they give to the city.

In this era of government by negotiation, the Brown Act is unhelpful when it’s not beside the point. First, the act’s limits on meetings end up restricting the ability of elected officials to participate fully in such negotiations; such talks end up being conducted by staff or outsider lawyers.

Second, the Brown Act covers public meetings, and doesn’t get the public into closed negotiations. All too often the public hears about negotiations only once deals are done, and brought to a council or a board for approval.

At those late stages, public comments—especially public comments that are limited to just a few minutes—don’t matter very much. And the elected officials to whom they are complaining may have been left out of the talks. So California citizens typically and understandably respond either by checking out of the process entirely or by opposing their local politicians fervently and uncompromisingly. In this way, the Brown Act encourages the worst sort of NIMBYism.

The good news: There are many methods for encouraging earlier and deeper public participation in the deal-making that governs our local communities. Proven approaches to dialogue and idea-gathering should be tried. I personally like participatory budgeting—by which residents of some California cities decide directly how some municipal money is spent—and believe the same model could be applied to planning decisions. Regular citizens could be brought into negotiations and allowed to help decide the particulars of exemptions and community benefits in developer agreements.

The bad news is that such ideas require conversation between elected officials and citizens that would run afoul of the inflexible Brown Act. Indeed, some of the more innovative local government experiments in California—notably the neighborhood councils in the city of Los Angeles—have found their influence and ability to communicate limited by the meetings restrictions of the Brown Act.

At the UC Irvine conference, many ideas were raised for amending the Brown Act. The state’s Little Hoover Commission has also suggested several changes in the law. But the act has created a regime so antithetical to the goal of public participation that it might be better to scrap it and start over—with a new framework providing local governments with more flexibility as long as they pursue policies that enhance public participation in decisions.

The National Civic League has a model participation ordinance that suggests what such a law could look like. Such an ordinance might work even without repealing the Brown Act. Instead, the ordinance could be allowed to supersede the Brown Act rules, exempting from the act’s edicts any process that enhances public participation and civic conversation.

Who could oppose such sensible changes? Answer: Some civic and media organizations are suspicious that reform would limit access. And they claim local officials and lawyers are being overly cautious in limiting conversations because of fear of Brown Act violations. But local governments maintain the caution is well-advised, given how easy it is to sue for violations of the act, and thus block important projects.

While the debate over the Brown Act continues, the everyday reality of California public meetings grows ever more absurd. On a recent Saturday at my local school board, our city’s mayor—one of only a handful of people in attendance—rose to ask questions about the board’s management of a newly passed school bond, the largest in our small district’s history.

The mayor is a public works lawyer with long experience with bonds, and her questions were fair and straightforward. But the board members wouldn’t answer them. Instead, they tried to cut her off after just three minutes, noting that’s the limit on public comment. When one board member sought to answer the mayor’s questions, the school superintendent interrupted to say that any exchange could be a violation of the Brown Act.

Any law that won’t let a mayor and a school board talk about their city’s most important construction project—and at a public meeting—is a bad law. Until our local governments move past the Brown Act, Californians will find it hard to have the kinds of conversations that local democracy requires.