The Olympic Movement Is Relentlessly Corrupt, so Why Should Southern California Host in 2024? 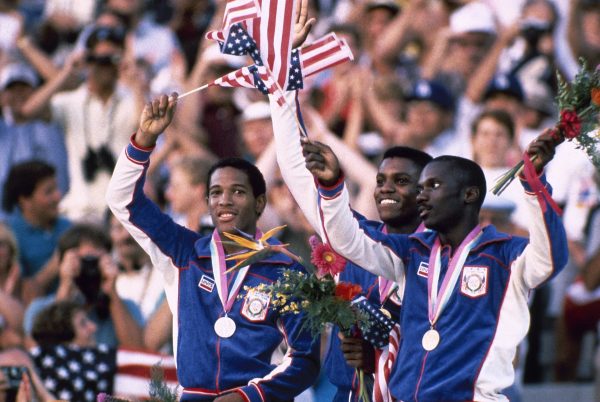 Los Angeles should drop its bid for the 2024 Olympics—before it gets chosen.

It’s true that Paris has long been the favorite to be awarded the games during an upcoming vote in September. The Paris bid has broad international support, the City of Light has come close to winning the games in recent bids, and sentiment is on its side. 2024 would be the 100th anniversary of the last Olympics in Paris, the 1924 Games portrayed in the Oscar-winning film Chariots of Fire.

But the contest is changing. All other contenders for 2024 have now dropped out (Budapest hung on the longest before bailing last month), leaving just L.A. and Paris. And after reviewing documents from and about both bids, it looks to me that L.A. has the superior bid, with greater public support, stronger management (led by two of L.A.’s most skilled civic operators, Casey Wasserman and Gene Sykes), and a better plan for producing an exciting event without the organizational meltdowns and cost overruns of previous Olympics.

Indeed, what’s most promising about L.A.’s bid is also what makes it perilous. L.A. is bidding not merely to hold the Olympics but to transform them. Specifically, L.A. pledges “to create a new Games for a new era” and to “refresh” an Olympics brand.

There’s plenty of transforming and refreshing to be done. The Olympics over the last generation has become more associated with corruption than sport: There’s the constant doping by individual athletes and nations’ sports federations. There’s the vote-buying by previous bid cities, including Atlanta and Salt Lake City. There’s the propagandistic use of the Games by the world’s worst human rights violators, from Russia to China. There’s the displacement of poor people, from East London to Rio, that has come with Olympic facility construction. And there’s the overspending and overpromising that has left generations of Olympic cities with debt and dead Olympic-related infrastructure. All of which raises the same hard questions you might ask of a wonderful neighbor who romantically pursues a dashing foreigner even though the foreigner’s previous relationships ended badly.

Do we really want the Olympics? How can we be sure that Olympic corruption won’t sully our reputation? And most of all, if an L.A. Games did succeed in hosting a profitable and “clean” Olympics, what’s to prevent the Olympics’ wheeler-dealers from exploiting an L.A. triumph to revert to their old tricks and take advantage of other global cities for future Games?

Such questions may sound peculiar, but California has a peculiar relationship with the Olympics. While the rest of the world has become a sea of discontent with the corrupt Olympic movement—in this cycle, Toronto, Hamburg, Rome, and Boston all have dropped bids—we remain an island of Olympic love. One poll in Los Angeles showed 88 percent support for the Games.

California’s Olympics love is rooted in nostalgia, for both the 1932 Games and for the famously well-run and profitable 1984 Games, which remain one of L.A.’s proudest civic moments, when we embraced a vision of ourselves as an international city. I attended those games as an 11-year-old (I saw Edwin Moses win the 400-meter hurdles) and remember them fondly.

But the Games we’re bidding for now are not those Olympics. Today’s Games are bigger and bloated, with too many sports and expense. They also come with more baggage. The most recent Summer Olympics, held in Brazil last summer at twice the anticipated cost, were a disaster for that developing country, contributing to economic and political turmoil, and leaving behind useless infrastructure.

The budget for the next Summer Games, in Tokyo in 2020, is now projected at four times the original estimate. And these recent problems come on the heels of other disasters. The 2014 Winter Games in Sochi, Russia, were beset by state-sponsored doping and massive construction corruption, with Vladimir Putin’s government rewarding friends with lucrative contracts. The 2008 Games in Beijing provided a pretext for China’s rulers to crack down on dissent and demolish important neighborhoods. The 2004 Games in Athens left massive debts that contributed to that country’s economic collapse.

These games all centered on the “Development Model” of Olympics—using the bid to transform cities by building. L.A.’s bid is a welcome departure because it relies on existing facilities for nearly everything, which helps contain the projected budget at just over $5 billion. (Sochi spent a reported $50 billion).

Viewed purely as a question of L.A.’s self-interest, the case for seeking the Games is strong. California’s economy depends so heavily on international trade and tourism that an Olympics could serve as advertising for our global connections and openness, particularly as much of America turns isolationist. And a 2024 Games would allow L.A. to show off its rapidly expanding transit system.

Plus, the Olympics, for all of its problems, still offers opportunities to volunteer (an L.A. Olympics would need tens of thousands of volunteers), to root for your country, to promote the value of physical exercise, and to take a two-week respite from contentious politics during an election year.

The Olympics would be fortunate to have us host. No city in the world is better suited to the games, from our dry and temperate summer weather to our wealth of sports facilities to our expertise in handling mega-events. “Make Los Angeles the permanent host of the Summer Olympics,” the sports economist Andrew Zimbalist advised last year.

Most of the typical concerns about a Los Angeles Olympics—about cost overruns, about traffic, about terrorism and security costs—are overblown, and are well planned for in L.A.’s bid documents. The Games would be run by L.A. 2024, a separate organization, which means Olympic planning shouldn’t be a distraction for local elected officials who need to focus on Southern California’s everyday needs, from ill-repaired roads to the housing shortage.

Some news reports have suggested that President Trump and his bans on travel and refugees and immigrants could hurt L.A.’s chances of winning. But the French have their own anti-immigrant, racist populist—the leading presidential contender Marine Le Pen—to defend. And Olympics politics is much more about the politics of the International Olympic Committee and the federations for all the different sports.

No, the real question about L.A.’s bid is whether we’re too good for the Olympics. Our association is likely to sully us, and require moral compromises. For example, The New York Times reported last month that the U.S. Olympic Committee was soft-pedaling its response to the Russia doping scandal because of fears that a hard U.S. line could hurt L.A.’s Olympic bid.

Such compromises pale in comparison to the moral hazard of saving the Olympics with an excellent L.A. bid. Hollywood warned us about a situation like this. If we win, our Games could become an Olympic version of The Bridge on the River Kwai, a 1957 film classic about Allied prisoners of war who dutifully build a railroad bridge that serves the interests of their Japanese captors. In the same way, an Olympic movement, restored by Los Angeles’ dutiful work, would be newly free to go back into the world and grant the Games to repressive regimes and developing countries that can’t really afford it. Do we really want to make that possible?

Nope. It’s not our job to save the Olympics. Instead, L.A. should preserve its Olympic ideals—by dropping our bid. Yep, that means handing the 2024 Games to Paris. C’est la vie. We’ll always have 1984.