We Shouldn’t Rely on Politicians to Memorialize Our Fallen Soldiers 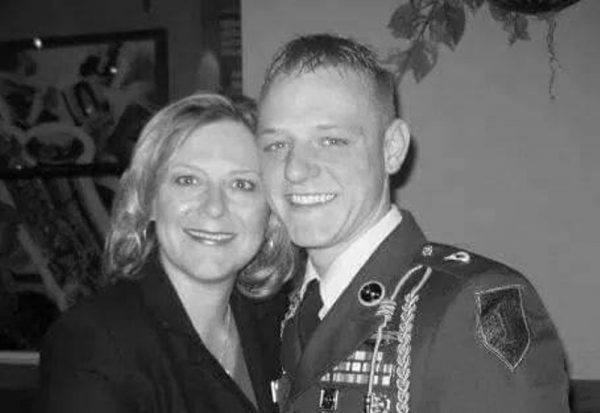 I was embedded as a reporter with their unit when they died, and I watched as the men who served with them rallied.

They reached out to the mothers and fathers and wives, offering and seeking comfort, but also saying what they believed needed to be heard:

It was quick.
We were with them at the end.
We will never forget.

The families often reach back too, spreading wide wings over the men and women left behind in return for stories of their sons and daughters and wives and husbands.

A service member’s bond with a Gold Star family feels profound because it squares so many different contradictions. The relationship is about both loss and presence, about courage and fear, and about a link with the loved one with whom we no longer can connect.

But, as the families and veterans wrap around each other, these tight bonds can exclude those in our communities who haven’t served in the military themselves or who don’t know anyone who serves now. Such exclusion may seem a small point in the immediate context of soldiers and families grieving those they loved. And letting a wider group of people into a tragedy may seem like too much for people who already carry a heavy burden of loss.

But exclusion has real-world consequences for families, communities, and the country as a whole.

How can we grieve for service members we don’t know, but who so completely represent us? How can we support families who don’t convey their grief and experiences beyond those tight bonds? And how, without paying attention to more than just headlines, can we feel the weight of a particular family member’s words, while fully understanding the diversity of that community?

If civilians don’t know about, understand, or feel comfortable reaching out to service members’ families, that can lead to those in the military, and their families, feeling isolated, abandoned, and afraid to speak.

We send people to war, but the contract shouldn’t end with their lives.

Renee Wood-Vincent, whose son Sgt. Ryan Wood died that day in Iraq, said she feels that fallen soldiers can be forgotten, and that there’s a lack of respect and knowledge in the public for what families and members of the military experience. But that also creates an obligation to reach out.

“There’s such a focus on what’s happening to us—it’s all about our sorrow, our problems, our military families—and we aren’t letting people in,” she said.

Letting people in can’t be done alone. It requires civilian leaders who can bridge and connect people. And in the United States, the highest bridge is embodied in one office, the presidency.

That’s why it’s so important that the person occupying that office be able to connect with soldiers and their families.

When the president reaches out to Gold Star families, he speaks for the civilians who made the decision with their votes to send service members to war. Even if a letter or phone call does not bring comfort, it is an acknowledgment of sacrifice for country. It’s why scrutiny of President Trump’s calls with Gold Star families is warranted. 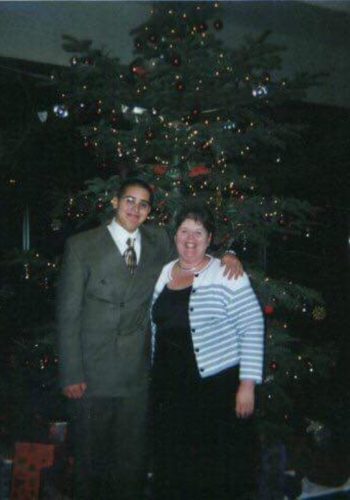 But whatever the nature of the president’s words, the most important thing to know is that his words aren’t enough. A president should serve only as a starting point for civilians to reach out. “If I rely on politicians to memorialize Ryan and understand his sacrifice, I’m going to be sorely disappointed,” Wood-Vincent said. “They can empathize, but it’s still a number.”

Wood-Vincent received a letter from President George W. Bush, which she said was enough in a time of war, when the commander-in-chief should be dealing with national issues. So did Shawna Fenison, whose son, Private First Class Ryan Hill, served with Wood in Charlie Company, 1st Battalion 26th Infantry Regiment. Hill died on January 20, 2007, in Iraq, when a roadside bomb exploded near his Humvee.

But the letter wasn’t enough. “I don’t think the country cares about us and would rather we just go away,” she said.

That feeling represents a failure, and a historic shift. The concept of the Gold Star family began as an invitation for conversation and caring between civilians and military.

During World War I, a family could hang the red-bordered flag with two blue stars in the front window to alert the neighborhood that two sons served overseas.

The neighbors could say, “Heard from your boy?” or “Where’s he fighting?”

If one of those stars turned to gold, the conversation changed.

“I’m sorry for your loss.”
“Thank you for your sacrifice.”

But as wars turned more political and became less of a community effort—during World Wars I and II, most families had relatives or friends serving—the conversation changed again. Some families folded their flags when they felt they brought unwanted attention during the Vietnam War. In recent wars, the rarity of the flags offered reminders of just how few people served. About 7 percent of Americans have served in the military, and less than 1 percent serve now in our all-volunteer armed forces.

Both Fenison and Wood-Vincent were initially showered with gifts: flags. Artwork anonymously sent in the mail. Letters from strangers. “I have a large, supportive family,” Wood-Vincent said. “My neighborhood happens to be very military.” At work, people knew her son and offered condolences. People told her they fly the American flag for her son.

“We had a neighbor who came down every night for two years and prayed over our home,” she said. “I had never met her. I would see her out there in the summertime, in the wintertime, standing in the rain with her little dog.”

“It may be the part of the country I’m in, or the neighborhood,” she said. “But part of it is the people I’ve surrounded myself with.”

Fenison had a similar experience, at first. But then, as people moved on with their lives or grew disenchanted with the wars, they encouraged her to stop talking about her son, to take down the “shrine” she’d assembled in her home that included her son’s pictures and the flag from his coffin.

“When I talk about Ryan, many will change the subject or give me the look of ‘Here she goes again,’ so I find myself withdrawing more and more,” she said. “Communities are good about honoring on Memorial Day with their token events, but it pretty much stops there.

“While my world has stopped, the rest has moved on.”

The families ache for the engagement—for someone to care. For someone to mourn their losses. For someone to look up Niger on a map and not only think about what it might have felt like to be doing what you, yes, signed up for and loved—but also to contemplate the terror and heartbreak for service members, friends, and families.

Those flags should serve as a call to action: This family’s sacrifice represents you. Gather them up. Listen to their stories.

“On one hand, I’m a mother who lost a child no matter how he was taken from the world. I’m not thinking of him as a soldier.”

But then she explains to strangers how he died.

Sometimes, she said, she gets angry and wants to walk away. Other times, she reminds herself that she can’t be mad about people’s ignorance about proper responses or “Gold Star” moms if she’s not helping to educate them.

“I’ll think, ‘That person just made me so angry,’” she said. “Why? Well, my son’s loss was not a waste. Give me 10 seconds in the parking lot to tell you why. If someone sees your Gold Star plate and says, ‘What is that?’, you don’t say, ‘Hey. You’re an idiot. You should know.’”

She sees her personal call to action as part of that big conversation. Every summer, she invites her son’s brothers in arms to a reunion. Her family created a scholarship to celebrate his art—punk-rock drawings that expressed convictions about being different and doing your part to save the world—through the university. And she told his story at several events.

She makes sure people know and remember him, and through that, she closes the divide.

She believes that communities can, too. Local organizations can invite in Gold Star family members. They can form community partnerships—Boy Scouts who adopt families, or Junior Leaguers who organize lunches, or schools that bring Gold Star alumni in as speakers. Communities can organize town halls about what families need—even if that need is simply relaying kind questions to ask. Leaders can ensure families are remembered beyond Memorial Day.

And Gold Star families have to be willing to accept those invitations.

“You’ve got to open yourself,” Wood-Vincent said. “They’ll never completely understand, and thank God for that. But they will never understand if we don’t invite them in.”

Kelly Kennedy is an Army veteran, former USA Today reporter, and author of They Fought for Each Other: The Triumph and Tragedy of the Hardest Hit Unit in Iraq. She co-authored Fight Like a Girl: The Truth Behind How Female Marines are Trained, which is due out in April.