Are the Olympics Anti-Democracy? 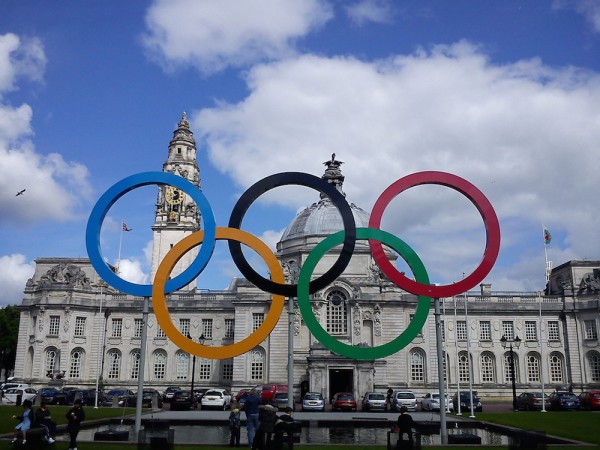 Can the Olympics and democracy co-exist?

It’s a question being asked again this summer after Beijing won the bid to host the 2022 Winter Olympics. Beyond the fact that the International Olympic Committee put the biggest event in winter sports in a smog-ridden megalopolis without any real snow, people are concerned about China’s demonstrated record of human rights violations during the last games it hosted, the 2008 Summer Olympics.

But the International Olympic Committee didn’t actually have a democratic option. The only challenger to Beijing was Almaty, capital of another Asian dictatorship: Kazhakstan. All the other potential democratic bidders—Munich, Germany; St. Moritz, Switzerland; Krakow, Poland, and Oslo, Norway—had previously pulled out, as a consequence of subjecting their candidacy to the democratic process. Each had held a popular vote on holding the Games, and it turned out the idea wasn’t very popular at all.

It shouldn’t be futile to reconcile democracy and the Games. Both have similar roots in ancient Greece, where they were born out of the idea that people are powerful and that participation—in decision-making or in athletics—should be broad. Today, the IOC is headquartered in one of the world’s most open, vibrant, and democratic cities: Lausanne, in Switzerland.

But democracy is fundamentally small—about individual votes, cast locally in neighborhoods—while the Olympics have become a global behemoth, wealthy and elitist. The scale of democracy has not been able to keep up as the number of athletes and nations has multiplied. The 2014 Winter Olympics in Sochi, Russia, had the kind of budget—$50 billion—that would be next to impossible to justify in a democratic place.

In fact, there may be no better example of the challenges of reconciling the Olympics and democracy than Switzerland. It’s hard to imagine a nation better suited to host the Winter Olympics than a neutral, peaceful, mountainous outpost at the heart of Europe, but the last time the country was able to host the Games was in 1948. On six occasions since then, the Swiss, who pride themselves on direct democracy, have gone to the ballot to decide whether to bid on the games. Three of those times, the citizens voted yes: in 1969, 1995, and 1997. But each time, the IOC ended up giving the Games to other cities, in part because the debates leading up to Swiss referendum votes highlighted the weak points of the Olympics and included heavy criticism of the IOC. (In 1976, Switzerland first lost the winter games to Denver, which in turn lost the Games after its citizens rejected the bid in a local referendum, forcing the moving of those games ot Austria).

Swiss sports officials haven’t given up. After being chosen to host the much smaller Youth Olympics in 2020, they are looking into yet another attempt.

In recent decades, the IOC itself has emerged as the main obstacle to hosting the Games in open and democratic societies. The problem: the organization does not meet democratic norms of transparency. The 2022 Winter Games bidding process offers powerful proof of this. In Oslo, the capital of oil-rich Norway, citizens voted yes to the candidacy for the Games during the city’s first-ever popular referendum, and the national government even offered a hefty guarantee to cover any deficits. But the IOC sabotaged the process with impossible, prima-donnish demands of the Norwegians. In a 700-page handbook, the committee requested cocktail parties with the Norwegian royal family (where the royals were expected to pick up the bill), open bars during the night, and official-only lanes in the city. For a country that previously had hosted the down-to-earth and highly successful Winter Games in Lillehammer in 1994, the investment of billions of tax crowns in such an elite event was too difficult a sell. Oslo had to drop the bid.

Democratic participation in a country’s process of preparing and conducting the Games has now become a red flag for the IOC. It does not matter if citizens are likely to vote to approve a bid; the transparency that comes with public scrutiny is not something the IOC wants to see.

This dynamic has become even more apparent this summer. Boston, the U.S. frontrunner for the 2024 Summer Olympics, pulled out after it became obvious that a 2016 statewide referendum in Massachusetts would offer critics opportunities to scrutinize and perhaps stop the bid. Germany’s national Olympic Committee chose Hamburg over Berlin because it was more likely to win a popular vote, but the vote itself still will likely dissuade the IOC. Paris, which won’t have a popular vote, is considered the favorite for 2024.

It is very hard to see how this reality could change. The Games are not likely to get much smaller, and the IOC historically has been resistant to altering its approach.

If there is to be a reconciliation of democracy and the Olympics, perhaps it could come from Los Angeles, which seems poised to take over the U.S. bid for 2024 from Boston. The big city in Southern California has reinvented the Games before; after the disastrous economic and political experiences of the 1976 Games in Montreal (with huge cost overruns) and the 1980 Games in Moscow (with the boycott), the 1984 Games in L.A. managed to build a bridge between civic and business leaders at the local level—and ended up with a considerable surplus. And this summer, the city hosted a successful the Special Olympics, offering a showcase of participatory and inclusive competitions spread out to communities all over the region.

Los Angeles has a special place in the history of the Olympics (it also hosted the 1932 games) and in the history of democracy. It was among the first cities in the United States to adopt the local referendum, and is the largest city in a state famous for its commitment to popular democracy. These days, both the Games (discredited by corruption and cost) and local democracy (discredited by low participation rates in elections around the world) need fresh starts. And Los Angeles—with its economic muscle and multicultural inclusiveness—has long been a place to start fresh.

Bruno Kaufmann is the editor of People2Power, a Global Democracy Media Initiative hosted by the Swiss Broadcasting Corporation.