I am afraid he is in ecstasy #poem 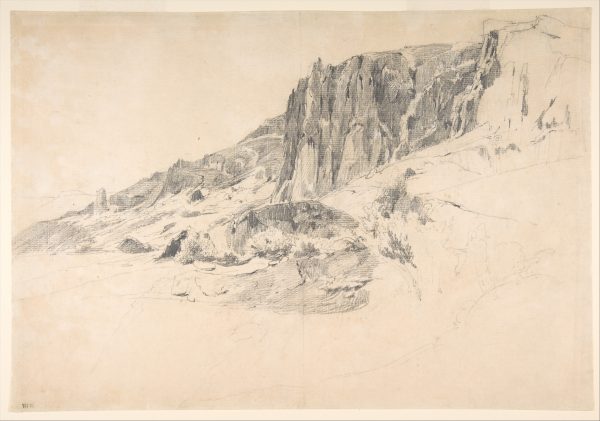 Cliffs of Malbec at Mont-Dore, the Auvergne (1830), by Théodore Rousseau (French, Paris 1812-1867 Barbizon). Graphite on laid paper. Courtesy of The Metropolitan Museum of Art.

The amputated man that sits on the seat
of the cliff: I am afraid he is in ecstasy.

He stole a spandex dress from a seven-
year-old girl and donned it himself.

The woman with elongated breasts: she
seems to exit a Mario video game.

Their ability: to sketch two dark marks
on the side of the cliff like eyebrows.
They imitate Frida Kahlo’s brow.

In this world, even the cliff shares the
woman’s body with a black hole.

Vi Khi Nao  is the author of a novel, Fish in Exile (Coffee House Press, 2016), and The Old Philosopher (Nightboat Books, 2016), a poetry collection. She was the winner of 2014 Nightboat Poetry Prize and the 2016 Ronald Sukenick Innovative Fiction Contest.