My room was a palace of stickers/ & small stuffed toys #poem 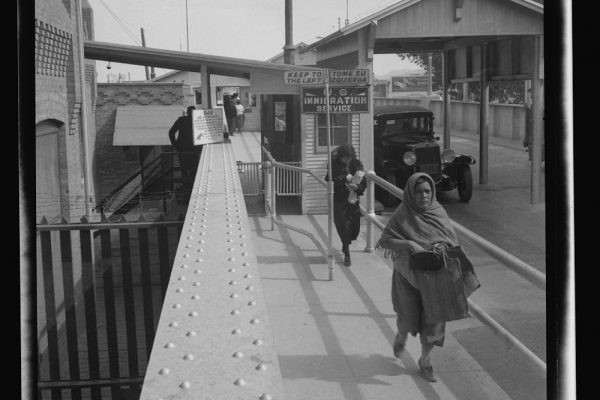 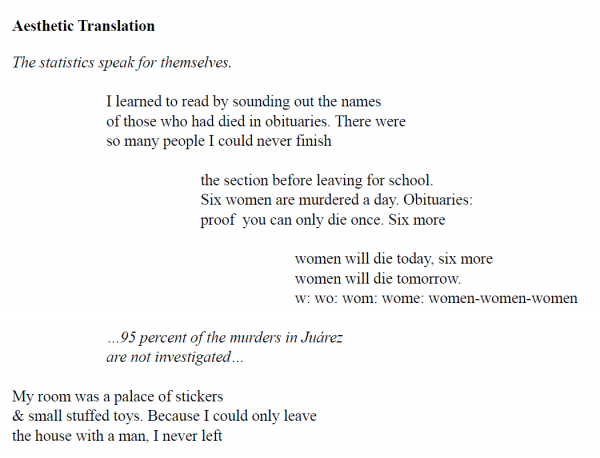 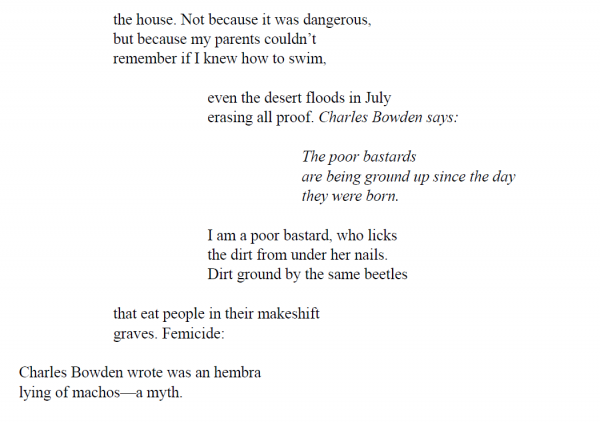 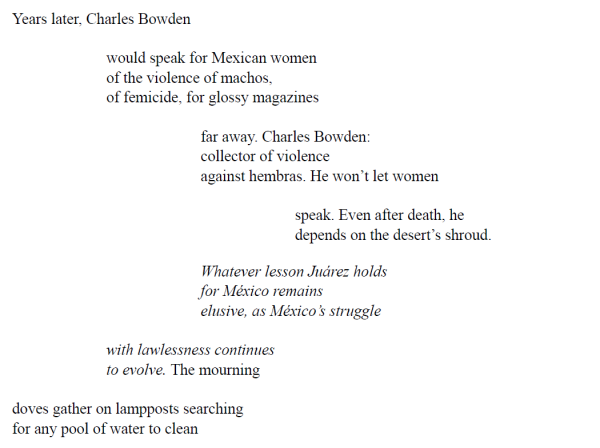 *This poem includes text in italics from “Drug War on Doorsteps All Over Ciudad Juárez,” by Stephen Holden and “Ciudad Juárez, a Border City Known for Killing, Gets Back To Living,” by Damien Cave, both published in The New York Times.

Natalie Scenters-Zapico is the author of The Verging Cities (Center for Literary Publishing 2015) and Lima :: Limón (Copper Canyon Press, forthcoming). She has won awards and fellowships from PEN/American, CantoMundo, GLCA, and more.