How a Museum Cancelling a Controversial Exhibition Changed My Life 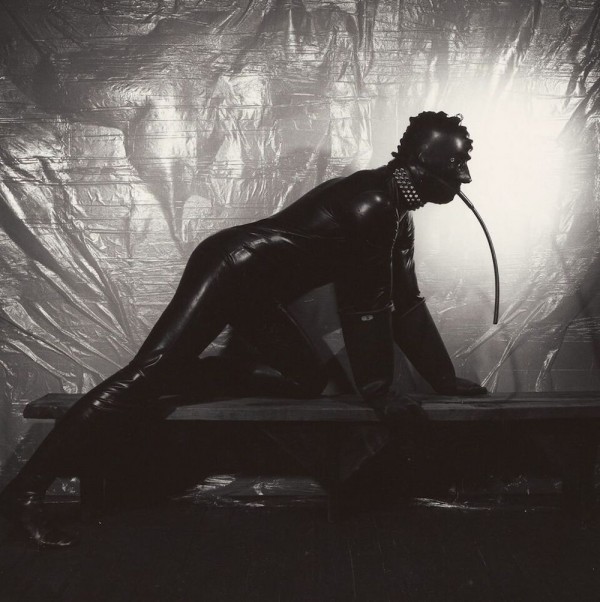 Twenty-seven years ago, controversy erupted over Robert Mapplethorpe’s photographs. It changed my life.

In June 1989, I was 22, a newly declared art history major at Northwestern University, about to start an internship at the Corcoran Gallery of Art in Washington, D.C. The child of an art teacher and a psychiatrist who grew up in the small, accepting town of Lincoln, Massachusetts, I’d been going to museums in the Boston area, and making and looking at art, since I was young. I lived just a short distance from the de Cordova Sculpture and Gardens Museum, where I took my first art class and saw my first museum exhibition. Growing up, I’d known museums as refined places.

My assignment from the Corcoran’s education department was to give tours of their upcoming exhibition “Robert Mapplethorpe: The Perfect Moment.” What I knew of Mapplethorpe wasn’t much: His work was provocative; he’d died of complications from AIDS just months before. When I checked in at the Corcoran’s security desk on my first morning, though, I immediately knew something was wrong. I was told to go straight to an all-staff meeting already in progress, and that I would meet my supervisor later. I quietly took a seat in the back of the auditorium, which was alive with tension and anger. People were yelling and storming out. I didn’t know a soul and had no idea what was going on.

What was going on, I learned later, was an explosion in the culture wars. In May, New York Senator Alfonse D’Amato and North Carolina Senator Jesse Helms had denounced a photograph of an inexpensive crucifix in a container of urine (Andres Serrano’s Piss Christ) as vulgar and undeserving of federal funding from the National Endowment for the Arts. The Mapplethorpe exhibit, which had also received NEA funding, got swept up in that obscenity controversy a few weeks later, when Congress found out that “The Perfect Moment”—which included photographs of very explicit sexual acts in addition to pictures of flowers and formal portraits—was about to open at the Corcoran. Fearing protests and loss of funding, the Corcoran’s director had decided to cancel the exhibition with less than three weeks to go before its opening. The exhibition would eventually be shown in D.C. that summer, but not at the Corcoran—it appeared at the Washington Project for the Arts from July 21 to August 13, 1989, to record-breaking crowds.

Inside the museum, employees were shaken and angered. Outside the museum, protestors decried the cancellation, projecting images of Mapplethorpe’s work on the museum’s walls. In July, Helms introduced a law in Congress to prohibit the National Endowment for the Arts from funding “obscene” art. When the Mapplethorpe show later traveled to the Contemporary Arts Center in Cincinnati, both the Center and its director were charged with obscenity.

At the time, I didn’t fully understand why people were so upset. I knew that Mapplethorpe’s artwork tested our social boundaries, but I wasn’t offended by it. I knew that Jesse Helms was a powerful, conservative politician. But I was young and idealistic, and didn’t fully understand how Mapplethorpe and this politician were connected. I certainly didn’t know how a museum could find itself caught in the crosshairs of the culture wars.

I’ve been fortunate to be surrounded by great art and creative people all my life. As a student and in my personal life, I’ve long been immersed in photography and its history. My in-laws (Richard and Ellen Sandor) let me explore their amazing photography collection. To this day, going through their house feels like a creative journey. They introduced me to—among other things—the power and beauty of Mapplethorpe’s portrait of the female bodybuilder, Lisa Lyon.

And that summer I was in Washington, I had just enjoyed a great traveling exhibition called “On the Art of Fixing A Shadow: 150 Years of Photography” that happened to be at the National Gallery of Art in D.C. the same time I was. That show helped me to learn more about great photographers, and to equate Robert Mapplethorpe’s compositional abilities with those of such artists as Edward Weston.

After the Mapplethorpe exhibition was cancelled, I don’t remember many conversations taking place within the office about it. I think staff members—and the entire organization—were exhausted. The days and weeks after the cancellation seemed all about the future, not the past.

The cancellation of the Mapplethorpe show was a blow for the Corcoran, but it was a strange stroke of luck for me. I was no longer tasked with giving prescribed tours; instead I was invited to help prepare the Corcoran’s next show, “Japanese Photography in America, 1920–1940,” the first major exhibition of work by Japanese-American photographers. As I recall, this exhibition was already scheduled to be at the Corcoran, but they moved up the opening date. The museum needed all hands on deck, and I did more than most interns ever get to. I helped unpack the works of art. I researched and wrote copy for the wall panels. I stood by curators and educators as they hung the show. It was an incredible learning experience. Still, I couldn’t stop thinking about the Mapplethorpe show and what might have been. I knew the show was travelling to the Institute of Contemporary Art in Boston the next summer, so in 1990 I applied to—practically begged—the ICA to take me as a curatorial intern. My official assignment was to conduct research on an upcoming exhibition, but my real goal was to see how the museum responded to the Mapplethorpe show under its roof.

Tension was high. Nothing could be done or said about the exhibition without direct authorization from David Ross, the ICA’s director. From the curatorial offices we watched men stage kiss-offs in support of the show as motorcycle cops cruised by, preparing for unrest. But despite the anxiety, there was no incident. For visitors and staff, the previous controversy about the show was simply a non-issue.

Politicians seemed to have moved on, perhaps because they had had some success with condemning “obscene” art. Congress got what it wanted with an anti-obscenity clause in October 1989. While the Corcoran Gallery of Art was located only a few blocks from the White House, Boston had the advantage of not being, geographically speaking, in the center of the controversy. I like to think that Boston, my hometown, enjoyed a moment to show off its newfound tolerance.

My summers with Mapplethorpe were an unusual introduction to an arts career. But rather than putting me off, they revealed to me that museums are interesting, dynamic places that can alter people’s perceptions of the world. I suddenly understood how the arts and the humanities are living forces in our culture, tied up intimately with politics and policy.

By a remarkable coincidence, Los Angeles, my new hometown, is bringing the two guide-stars of my career into alignment again as “Robert Mapplethorpe: The Perfect Medium” comes to the Getty Museum and LACMA and “Making Waves: Japanese American Photography, 1920–1940” comes to the Japanese American National Museum this summer. I’m looking forward to visiting with these pictures again and thanking them for what they gave so many years ago. Jack Ludden is head of web and new media development at the J. Paul Getty Trust and chair of the professional network council at the American Alliance of Museums. He has a bachelor’s in art history from Northwestern University and a master’s of fine arts in art and technology from the School of the Art Institute of Chicago.