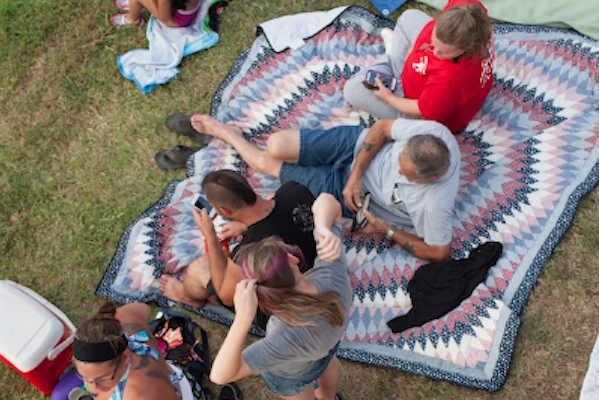 The Trinity River winds its way through the North Central and Coastal plains of Texas, threads through Fort Worth and Dallas, and skirts the Houston area before meeting the Gulf of Mexico.

Over the last 200 years, it’s served as everything from steamboat thoroughfare to pesticide dumping ground. More recently, it’s become a recreational haven. An exhibition at the Amon Carter Museum of American Art in Fort Worth, “Meet Me at the Trinity: Photographs by Terry Evans,” explored the river’s latest incarnation and the ways it has become embedded in people’s lives. 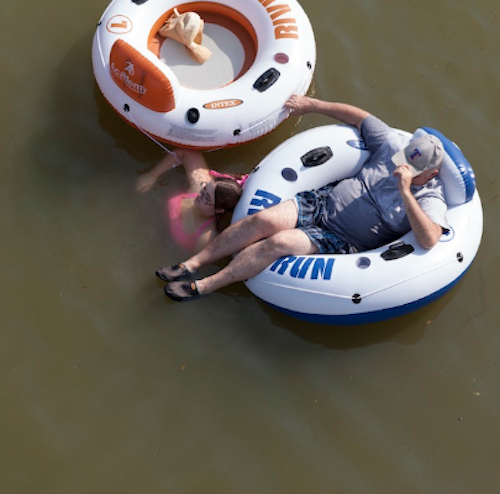 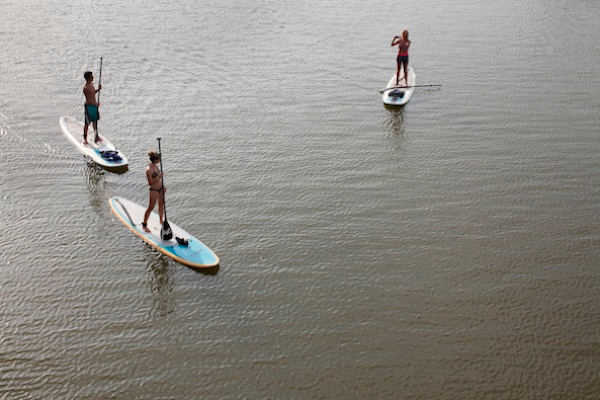 According to the Texas State Historical Association, the Trinity was used in the 19th century to transport goods via steamboat, including groceries, cotton, sugar, and cowhides. The rise of the railroads led to diminished traffic on the river, and through the 20th century, runoff from factories on the riverbank that contained pesticides and industrial and human waste led to contamination. Levees were added for flood control.

For many years, “the river was essentially a ditch people threw things into,” said John Rohrbach, a longtime Fort Worth resident and the curator of the exhibition. But about 45 years ago, a group of community leaders, spurred by a new environmental consciousness, began to focus on the long-neglected Trinity. Over time, with support from the city, the river was cleaned up. Bike and running paths hugged its banks. It’s not dissimilar to what many imagine the L.A. River—which, like the Trinity, is cradled in parts by intimidating concrete embankments—could become. 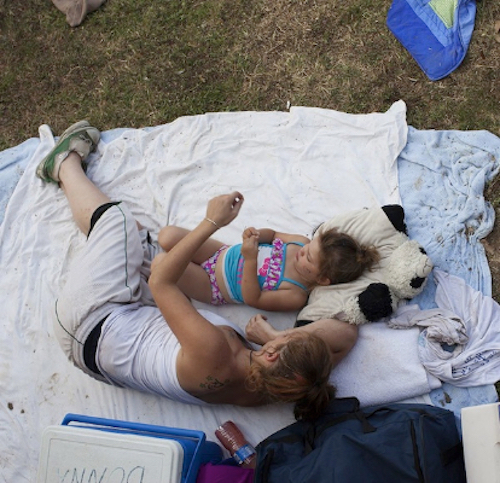 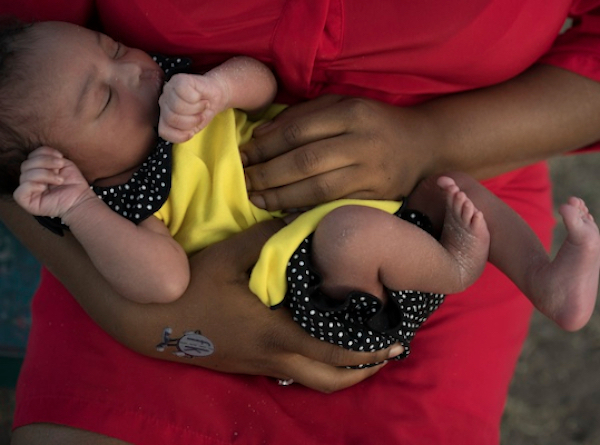 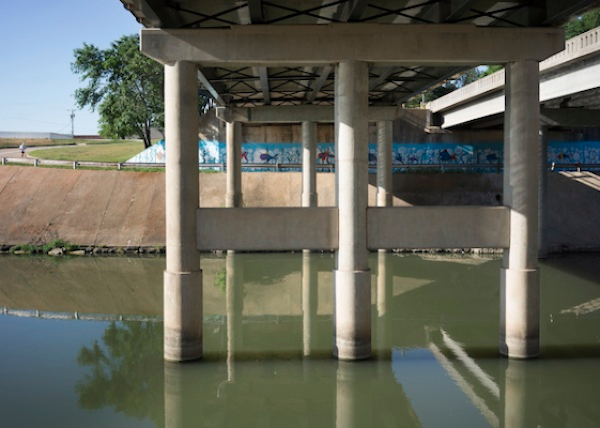 Evans’ photographs show people in and near the river: picnicking, floating on inner tubes, running, paddleboarding, driving their cars over its bridges. What you don’t see are sunsets glinting off the skyscrapers downtown. One of Rohrbach’s favorite photos shows a homeless man with a furrowed brow and camouflage jacket finding quiet solace under a bridge. 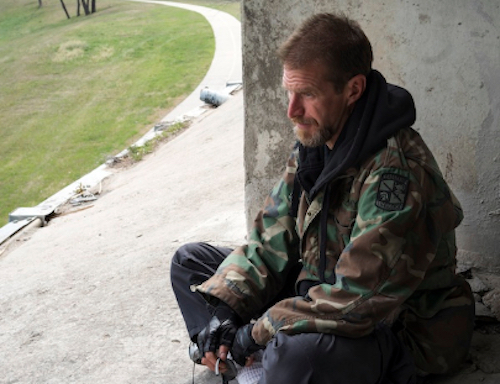 Such choices have stirred some controversy. The museum picked Evans, who is based in Chicago, rather than a local photographer, to document the river.

“Art’s role is to challenge us to look at our world in fresh ways and this is one of the reasons we brought in someone from outside the community,” Rohrbach explained. “All we asked Terry Evans to do was visually reflect on the culture of the river in Fort Worth. The thing that is most resonant about the river for her is how the community has embraced it.” 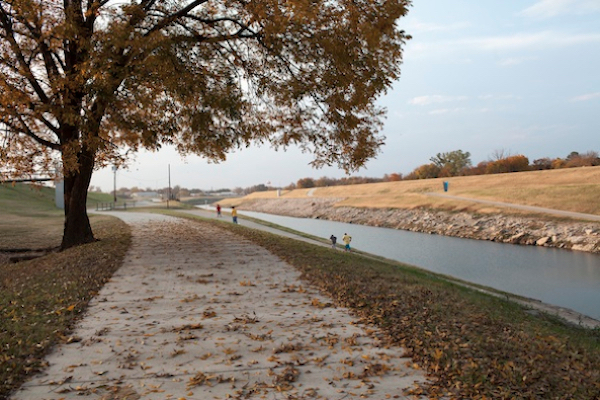 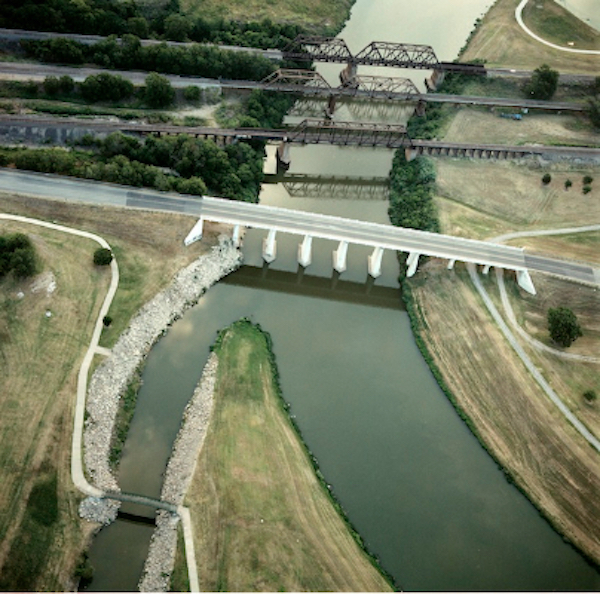 This essay was written for Open Art, a partnership of the Getty and Zócalo Public Square.