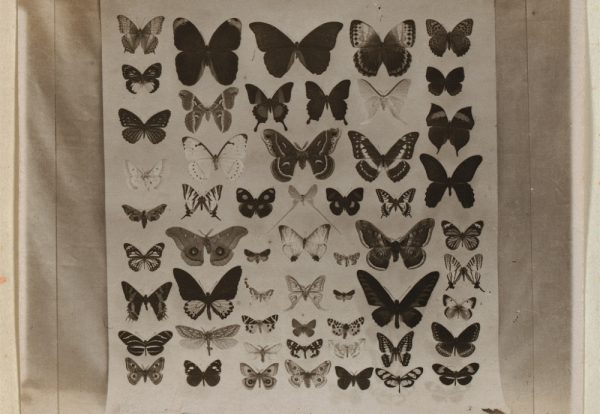 It was a beginning like any other which isn’t
quite the way it was. With beginnings,

where to start? The house that was my first
was a house that Daddy brought to Virgil

atop a flatbed truck. He made his boys fix
it to the foundation, then do whatever else

was necessary to create a kind of permanence.
I wasn’t there then. Then I was, driving Daddy

through the old neighborhood where the house was,
as memories tend to be, smaller than he remembered.

I was part of his vision of a wind-whipped Schwinn,
part get-away, part stay-put, all pout and tough rules,
Dragnet and Jack Benny. But I had a mind, and I began
to pursue the life of it. Only half-present, only vaguely
aware of something beyond presence. Of those years,
I recall a boy—Henry—not as I knew him then, but
the way I knew him when I was never to see him
again, realizing too late his Armenian surname had
been thrown on a heap. You might ask why he never
told me. You might ask why everyone is always looking
behind; perhaps it is

…because it is all ephemeral by which I mean to say
every one of us gets suckered by the gods. California,

for example, the first of the fifty states to honor an insect—
a Dogface butterfly with a glide-range that can’t

impermanence with its showy display in the chaparral of
the southern Santa Anas. Tribe: coliadini; genus: z. Eurydice.

Winner of the Stephen Dunn Poetry Prize and of an Individual Artist Fellowship from the City of Los Angeles, poet Lynne Thompson is the author of Start With a Small Guitar and Beg No Pardon, awarded the Perugia Book Award and the Great Lakes Colleges Association’s New Writers Award.