I’m Counting My Family’s Thanksgiving Blessings. My Neighbors Aren’t All So Fortunate 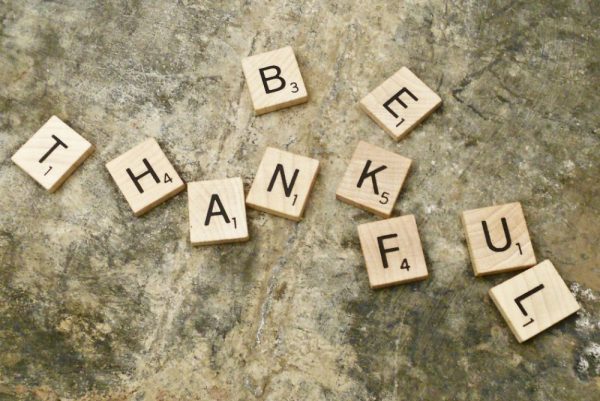 In November, 2013, Shanice Joseph wrote an essay for Zócalo about how her financially challenged family was preparing to celebrate Thanksgiving. This year we asked her for an update, and she obliged.

With the holidays approaching I thought that I couldn’t be any happier. Over the past four years everything has been going great. My family and friends are happy and healthy. I made supervisor at my job. I bought a car. I’m more involved in my community. Most importantly I grew to become a better person. With everything going well, I anticipated things would be great this holiday season for the fourth time in a row, but an unexpected turn crushed my hopes.

Over the past couple of years, my community has changed a lot. Most people would say things changed for the better, being that much-needed resources were added to the community over the past four years. For example, a new Work Source Center and The College Track, a resource center for aspiring college students in the community, were opened recently. Alta Med and Children’s Institute contributed new locations in Watts. Also, Martin Luther King., Jr Community Hospital was modernized, and a newly designed community garden even brought a smile to my face. Beyond this, the introduction of the “community based improvement initiative” Watts Re-imagined, the goal of which was to add opportunities and resources that benefitted the community, gave me even more to be thankful for just in time for Thanksgiving.

In addition to the changes, the apartment complex that I lived in was renovated. Some of the renovations included new paint jobs, hardwood floors, a new dishwasher, and new windows, which was great because they provided a cozy new look for residents. Just as everyone was elated over all the new resources, some of my neighbors were unfortunately given letters asking if they would consider moving in exchange for a small amount of money, or face eviction.

I didn’t agree with the idea of paying tenants to leave homes that they’d lived in for years. Rightfully angry, my neighbors rallied, arguing that this is an injustice, and that this is exactly what is wrong when gentrification infiltrates communities. Some of them even pointed out that they felt it was unfair that they weren’t going to be able to enjoy all these new resources, which they once had been thankful for. If the new upgrades meant that they would be left homeless, or forced to break social ties, they would rather do without.

I was equally upset and fearful that the some of the inevitable negative effects of gentrification would further encourage population migration. To me it felt like watching a child open up a desired Christmas gift, then having it snatched from them after it was unwrapped. I know from personal experience how hard financially the holidays can be on some families—and the additional stress and financial burden of moving from a beloved community to a new home had to be worse.

Although the holidays have been going well for me for the past couple of years, I couldn’t feel well inside knowing that although my community was progressing as a whole, some members were being left behind. It was a bittersweet feeling: to be thankful for all the resources given to my community, but knowing that some people were being asked to leave, unable to enjoy the holidays in the community they’ve lived in for years. I’m not sure how I could enjoy my holiday knowing that all wasn’t well—but it’s definitely on my Christmas list to help in any way that I can.

Shanice Joseph is a sociology student at Long Beach City College, who has lived in Watts for over 20 years. She has a passion for helping her community and educating others through her writing.