Do we and our words have any effect/ on what the Fates sew? #poem 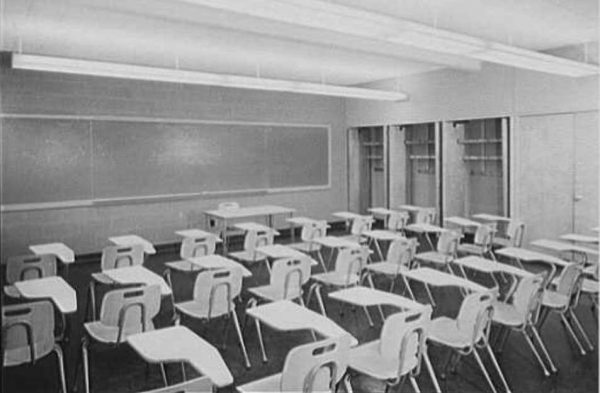 It was an ordinary October afternoon,
the sky dimmed by clouds that filled
the valley and stripped it of all color,
the sun a rueful smile peeking through.
Inside, drabness total as an eclipse:
the concrete block, lead paint, dust
and greenish light of our classroom.

You and I were there, and Anne as well,
wearing a large hat and enveloped in
her cloud of thoughts. Bob was droning on
when Howard overrode him, interrupting
with that staccato meter he had.
In such moments he seemed unable to stop
speaking, offering a show not unlike sex

in certain frantic respects. Of course we
enjoyed those. He said, “There’s an answer
to every question, but sometimes it’s ‘Who knows?’
Everything has a determinate shape
but that doesn’t guarantee we have
an adequate account of it. If we ask
Anne to walk out the door, and she does,

and when she returns we ask what she did,
and she answers to our satisfaction,
then we must say she understood
our question. But interpretation
is inexhaustible. If you’re satisfied,
that’s the best you can do.” Maybe
you remember how he went on to say

who drifted away and out of view.
Before she went we could tell something
was in pursuit, right behind and closing fast,
something with no determinate shape
sending its hot breath down her neck.
Usually she wore the horror of it
wrapped around her neck like a scarf

but occasionally it seemed to leave her alone
and on those days she had admittance
to the dream world, where she walked through
an arable land with no marked paths,
empress in the country of the stars.
There’s the bell for my next class, but before
I go I want to ask you one more thing.

Do you think Howard saw Anne’s future
that day, drawn on her face like a map?
Or did he conjure it when he offered her
disappearance and return as a mere side note
to what he really wanted us to learn?
Do we and our words have any effect
on what the Fates sew? Tell me, whoever knows.

Dawn Corrigan lives in Pensacola, Florida, where she works in the affordable housing industry.